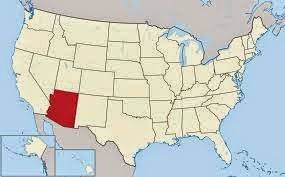 Today the Arizona legislature did what no other state in the nation has been mean-spirited enough to do: they cut lifetime welfare benefits to one year for everyone — adults and children, the physically and mentally disabled. Most states have a five-year limit, while thirteen others impose a two-year cutoff. Texas (of course) has a flexible limit that can be as short as one year, but even children are exempt in the Lone Star State. Not so for Arizona! We're Number 1!


As a result, the Arizona Department of Economic Security will drop at least 1,600 families — including more than 2,700 children — from the state's federally funded welfare program when the budget year begins in July.

No doubt you'll continue to hear from the Cato Institute, Rush Limbaugh and other goonballs that lazy moochers sit at home because welfare pays more than work, but Arizona's payments were never generous to begin with, a whopping $275 per month for a two-person household. Now even that will be gone in a couple months for thousands of people — and as many as 300,000 total if legislators follow through with all their planned cuts to welfare, Medicaid and ACA.

The far-right fundies, who absolutely control Arizona's legislature, made the usual unproven arguments before voting to cut vulnerable families off at the knees:


"I tell my kids all the time that the decisions we make have rewards or consequences, and if I don't ever let them face those consequences they can't get back on the path to rewards," Republican Sen. Kelli Ward of Lake Havasu City said during debate on the budget. "As a society we are encouraging people at times to make poor decisions and then we reward them."

Email ThisBlogThis!Share to TwitterShare to FacebookShare to Pinterest
Labels: AZ A State of Hate