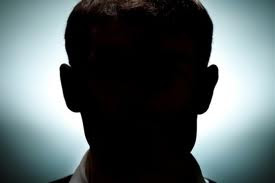 Over two decades, the Boy Scouts of America failed to report hundreds of alleged child molesters to police and often hid the allegations from parents and the public. A Los Angeles Times review of 1,600 confidential files dating from 1970 to 1991 has found that Scouting officials frequently urged admitted offenders to quietly resign — and helped many cover their tracks. Volunteers and employees suspected of abuse were allowed to leave citing bogus reasons such as business demands, "chronic brain dysfunction" and duties at a Shakespeare festival. The details are contained in the organization's confidential "perversion files," a blacklist of alleged molesters, that the Scouts have used internally since 1919. Scouts' lawyers around the country have been fighting in court to keep the files from public view. As The Times reported in August, the blacklist often didn't work: Men expelled for alleged abuses slipped back into the program, only to be accused of molesting again. Now, a more extensive review has shown that Scouts sometimes abetted molesters by keeping allegations under wraps. In the majority of cases, the Scouts learned of alleged abuse after it had been reported to authorities. But in more than 500 instances, the Scouts learned about it from boys, parents, staff members or anonymous tips. In about 400 of those cases — 80% — there is no record of Scouting officials reporting the allegations to police. In more than 100 of the cases, officials actively sought to conceal the alleged abuse or allowed the suspects to hide it. 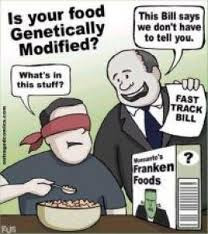 It's not an exaggeration to say that almost everyone wants to see the labeling of genetically engineered materials contained in their food products. And on Nov. 6, in what's unquestionably among the most important non-national votes this year, Californians will have the opportunity to make that happen [by voting] on Proposition 37. It would require "labeling on raw or processed food offered for sale to consumers if made from plants or animals with genetic material changed in specified ways." And it would prohibit marketing "such food, or other processed food, as ‘natural.' " Polls show Prop 37 to be overwhelmingly popular: roughly 65 percent for to 20 percent against, with 15 percent undecided. Nationally, on the broader issue of labeling, in answer to the question of whether the Food and Drug Administration should require that "foods which have been genetically engineered or containing genetically engineered ingredients be labeled to indicate that,"
a whopping 91 percent of voters say yes and 5 percent say no. This is as nonpartisan as an issue gets, and the polls haven't changed much in the last couple of years.
Unsurprisingly, Big Food in general - and particularly companies like Monsanto that produce genetically engineered seeds ... have already thrown tens of millions of dollars into defeating Prop 37. In general, as California goes, so goes the nation.
Note: With such a strong mandate, why do no U.S. states have GMO labeling laws? Will the many millions of dollars pumped into the Prop 37 campaign by Monsanto and others sway the voters? We will find out soon. For a powerful summary of the health risks from GMO foods, click here.
Posted by Obwon at 2:50 PM No comments: