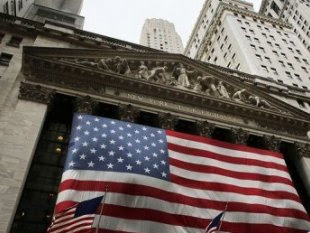 How rational problem-solving has ceased to be "serious" among US elites.

The United States is on the verge of committing suicide. Slow suicide, perhaps, which may take decades to fully play out, but suicide nonetheless. The proximate event is the sequester - deep across-the-board cuts to military and discretionary domestic spending, originally conceived as a Sword of Damocles, but which Tea Party-dominated Republicans now see as just the perfect budget axe. And that's just one of several successive and mostly recurring crisis points at which Republicans are obstinantly demanding deep budget cuts that will inevitably slow, if not cripple the already weak economy - as well as debilitating or destroying vital government functions in the long run.

This comes at a time when there's actually a staggering need to vastly expand the scope of government action to deal with multiple looming threats of environmental catastrophe - not to mention previously intolerable levels of unemployment, and a crumbling infrastructure. Climate change is just the most prominent of such environmental threats - not just to the United States, but to the continued existence of advanced industrial civilisation as a whole - which the US can't even begin to rationally grapple with as long as anti-government ideology blocks even the most common sense actions on well-understood problems. A super-power whose highways are cracking and bridges are falling down, and which then responds by slashing spending cannot be long for this world. If it staggers on for a few more decades, that's nothing compared to the centuries that the Roman Empire endured, much less the millenia of dynastic Egypt's glory.
READ MORE
Posted by Obwon at 2:29 PM No comments: