The controversial "stand your ground" self-defense law would be repealed under a bill filed this week by a House Democrat.

The law, which allows those who feel threatened to shoot back at assailants out in public, seized the national spotlight last year with the February shooting death of Trayvon Martin in Sanford.

The death of the unarmed 17-year-old Martin at the hands of a neighborhood watch volunteer under disputed circumstances raised questions about when and where Florida residents are allowed to shoot each other in light of the law, which says force can be met with force with no duty to first retreat.
READ MORE
Posted by Obwon at 8:28 AM No comments: 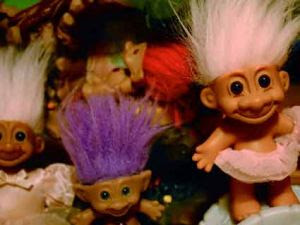 The online peanut gallery can get you so riled up that your ability to reason goes out the window, a new study finds.

—By Chris Mooney
| Thu Jan. 10, 2013 3:06 AM PST
Everybody who's written or blogged about climate change on a prominent website (or, even worse, spoken about it on YouTube) knows the drill. Shortly after you post, the menagerie of trolls arrives. They're predominantly climate deniers, and they start in immediately arguing over the content and attacking the science—sometimes by slinging insults and even occasional obscenities. To cite a recent example:


What part of "we haven't warmed any in 16 years" don't you understand? Heh. "Cherry-picking" as defined by you alarmists: any time period selected containing data that refutes your hysterical hypothesis. Can be any length of time from 4 billion years to one hour. Fuck off, little man!﻿

It was reasonably obvious already that these folks were doing nothing good for the public's understanding of the science of climate change (to say nothing of their own comprehension). But now there's actual evidence to back this idea up.    READ MORE
Posted by Obwon at 10:12 AM No comments:

Are Big Cities More Dangerous Than Small Ones?

—By Kevin Drum
| Fri Jan. 11, 2013 3:01 AM PST
Are big cities more dangerous than small ones? Of course they are. This is so obvious that it's not even a question most people would think of asking.

And yet, if you'll bear with me for a bit, it turns out there's more of a mystery here than you might think. In 1996, for example, Ed Glaeser and Bruce Sacerdote wrote a paper trying to figure out why there's more crime in big cities. They came up with a couple of reasons. First, there's more valuable stuff to steal in big cities, so robbery is more profitable. Second, it's easier to be anonymous. If you mug someone in Mayberry, there's a good chance your victim will recognize you and report the crime. Beyond that they threw up their hands, suggesting that perhaps the rest of the difference might be due to the fact that families are less intact in big cities. But even after running batteries of statistical tests, they were still left scratching their heads. Sure, there are more broken families in big cities, but that "still leaves unanswered the question of why this variable is so important in leading to criminal behavior." What's more, "the results on higher benefit levels and lower arrest rates are intriguing but also not entirely satisfying."

Well, if that's not satisfying—and it isn't—how about an answer out of left field? Maybe the real answer is that big cities aren't much more dangerous than small ones. Let me explain.
READ MORE
Posted by Obwon at 10:01 AM No comments:

FreedomWorks bills itself as a grassroots outfit, but it's bankrolled mostly by big-money donors.

FreedomWorks, the national conservative group that helped launch the tea party movement, sells itself as a genuine grassroots operation, and for years it has battled accusations of "astroturfing"—posing as a populist organization while doing the bidding of big-money donors. Yet internal documents obtained by Mother Jones show that FreedomWorks has indeed become dependent on wealthy individual donors to finance its growing operation.

Last month, the Washington Post reported that Richard Stephenson, a reclusive millionaire banker and FreedomWorks board member, and members of his family funneled $12 million in October through two newly created Tennessee corporations to FreedomWorks' super-PAC, which used these funds to support tea party candidates in November's elections. The revelation that a corporate bigwig like Stephenson, who founded the Cancer Treatment Centers of America and chairs its board, was responsible for more than half of the FreedomWorks super-PAC's haul in 2012 undercuts the group's grassroots image and hands ammunition to critics who say FreedomWorks does the bidding of rich conservative donors.
READ MORE
Posted by Obwon at 9:41 AM No comments: