Can Jeb Win The Nomination If He's Telling GOP Voters They're Stupid Children?

Look, I understand -- GOP voters are stupid children. But you're not supposed to say that to them if you want their votes. And that's what Jeb appears to be saying:

HUDSON, N.H. -- Jeb Bush said he would be open to allowing illegal immigrants a path to citizenship and said his position on immigration is “the grown-up plan.” 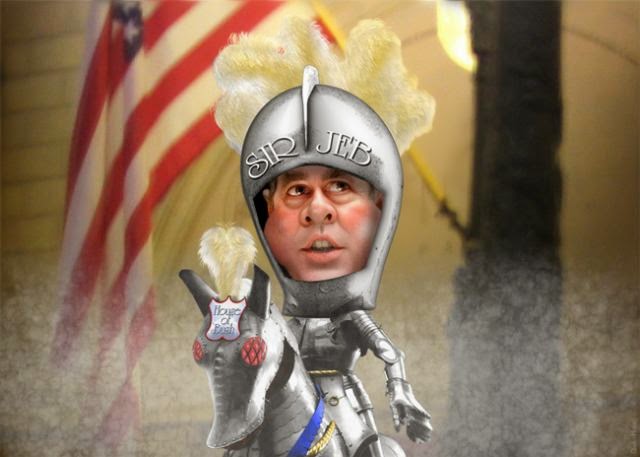 The former Florida governor, a vocal supporter of granting legal status to some undocumented immigrants as part of a broader immigration overhaul, offered a robust defense of his immigration policy during a discussion with local business leaders here.

“It’s easy to say, ‘Well, anything you propose is amnesty,’ but that’s not a plan,” Mr. Bush said during a discussion with local business leaders here. “That’s a sentiment, that’s not a plan. I think the best plan, the most realistic plan, the grown up plan, if you will, is once you control the border and you’re confident it’s not going to be another magnet, is to say, ‘Let’s let these folks achieve earned legal status where they work, where they come out of the shadows.’”

Later, during a brief exchange with reporters, Mr. Bush said he could also be supportive of a path to citizenship for people in the country illegally -- as he did at one time -- but said there currently isn’t sufficient political support for it. READ MORE
Posted by Obwon at 2:38 PM

Email ThisBlogThis!Share to TwitterShare to FacebookShare to Pinterest
Labels: Jeb calls his base stupid