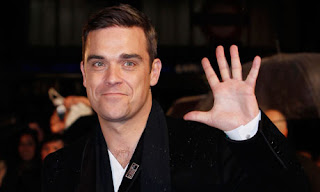 Robbie Williams: Scotland Yard told his solicitor that a number of his clients were referred to in Glenn Mulcaire's documents. Photograph: Luke Macgregor/Reuters

Now it's the turn of lawyers and the legal process to be sucked into the phone-hacking vortex. The Law Society has even suggested justice itself is under threat, implying messages could have been intercepted with the intention of influencing court cases.

Several prominent solicitors fear their mobile phones have been hacked. Some have been formally informed of the risk by police after detectives discovered their numbers among a private investigator's notes.

Graham Shear, of Berwin Leighton Paisner who has represented celebrities such as Robbie Williams and Jude Law, is one of those who has lodged a claim against the News of the World for damages over breach of privacy.
READ MORE
Posted by Obwon at 8:54 AM