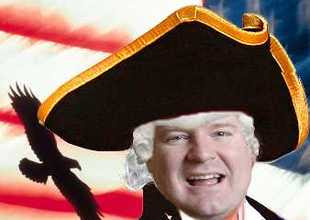 We're still hurtling toward economic disaster as House Republicans refuse to sign onto a debt ceiling deal that falls well to the right of what even GOP voters say they want. Given the stakes, it's hard to understand why would they walk away from a package of deep cuts without new tax revenues – a deal they could have only dreamed of getting a few short months ago.

The simplest explanation is that they're terrified of their Tea Party base, and aren't eager to be primaried from the right by some deep-pocketed neanderthal. But it's also about beating Obama next year. Donald Trump articulated the prevailing wisdom in GOP circles this week, telling Fox News, "When it comes time to default, they're not going to remember any of the Republicans' names. They are going to remember in history books one name, and that's Obama."
READ MORE
Posted by Obwon at 7:59 AM