How "Drill, Baby, Drill" and "Yes We Can" Got Married 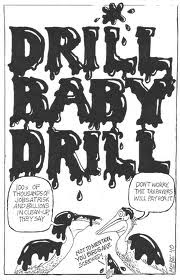 Saturday 3 March 2012
by: Subhankar Banerjee, ClimateStoryTellers.org | News Analysis
American military prefers to make preemptive strikes. We know this. In America, corporations have enormous influence over the government—these days they essentially run the government. We know this too. And now a giant corporation has made a preemptive strike against nonprofit organizations.


On Thursday, I requested Cindy Shogan, Executive Director of Alaska Wilderness League in Washington, D.C. about how she would respond. Following is the email statement I received from her:
Posted by Obwon at 12:13 PM