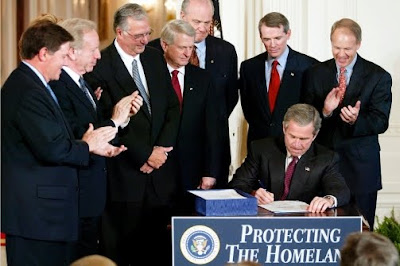 Richard A. Clarke writes: "We invaded a country, Iraq, that had nothing to do with the attack on us, but had everything to do with the preconceived plans of a cabal in and out of our government. In the process, we killed 100,000, wounded many times more, and threw millions out of their homes. More Americans suffered violent deaths in Iraq than did on 9/11, and multiples more were scarred for life. Americans, including our troops, were lied to about Iraq's role in 9/11 and some marched to their death motivated by those lies."
READ MORE
Posted by Obwon at 7:58 PM