12 Ways Rupert Murdoch's Media Empire Has Made the World Worse 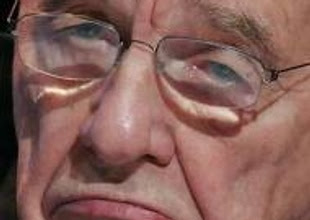 Rupert Murdoch has done a whole lot more damage over his career than what is being revealed in the hacking scandal.
July 25, 2011

This column originally appeared at WhoWhatWhy.com

Rupert Murdoch has had a profound influence on the state of journalism today. It’s a kind of tribute, in some sense, that the general coverage of his current troubles has reflected the detrimental effect of his influence over the years. Right now, the media, by and large, are focusing on tawdry “police blotter” acts of the very sort that have historically informed Murdoch’s own tabloid sensibility, while the bigger picture gets short shrift.

To be sure, the activities and actions of Murdoch’s that dominate the public conversation at the moment are deeply troubling, leaving aside their alleged criminality. Still, what is really pernicious about Murdoch is not his subordinates’ reported hacking of phones, payments of hush money, etc., or the possibility that Murdoch may have known about, tolerated, enabled, or even encouraged such acts.READ MORE
Posted by Obwon at 8:13 AM