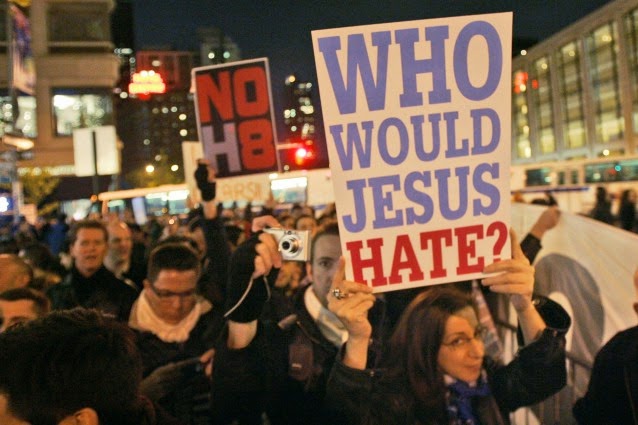 A new poll released this week found that the majority of most major religious groups now fully embrace marriage equality, and that even groups who oppose the right to marry are abandoning anti-LGBT views at a surprising rate.

On Wednesday, the Public Religion Research Institute (PRRI) unveiled new data from their American Values Atlas, a survey conducted last year that interviewed 40,000 people across the country. In expectation of next week’s U.S. Supreme Court case on same-sex marriage, PRRI published a list of religious perspectives on marriage equality, reporting that the majority of Catholics (60 percent), white mainline Protestants (62 percent), and Jewish Americans (77 percent) either “favor” or “strongly favor” legal recognition of marriages for LGBT couples.

“A decade ago, the most supportive religious groups were white mainline Protestants and Catholics, with 36 percent and 35 percent support, respectively,” Robert Jones, CEO of PRRI, wrote in a blog post. “Today, major religious groups reside on both sides of this issue and within many key groups—such as Catholics—support among rank and file members is now at odds with official church opposition.”  READ MORE
Posted by Obwon at 5:22 PM