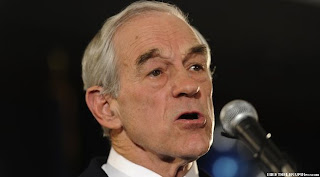 A brand new batch of Ron Paul newsletters raises questions for the libertarian Republican — as well as a host of embarrassing fresh passages to go along with such classics as “the coming race war” and “the federal-homosexual cover up on AIDS” from earlier reports.

Ron Paul claims “probably ten sentences out of 10,000 pages” were objectionable in his long-published newsletter series, even as he denies having ever written the content in question (or even having seen most of it). But, as TPM has reported and a new collection of Ron Paul newsletters posted by The New Republic confirms, racism, homophobia, and fringe conspiracy theories seem more like the newsletters’ raison d’etre than a rare aberration. In fact, even short promotional letters for the publication name-checked many of the most toxic passages.

Once again, contempt for African Americans and warnings of a “race war” are central themes in the most recently released materials. One issue warned “every honest American should be armed” to prepare for the coming violence.

“Today, gangs of young blacks bust into a bank lobby firing rounds at the ceiling,” one issue read,
READ MORE
Posted by Obwon at 8:02 AM