Spitzer: All the Right Reasons for Raising Capital Gains Taxes 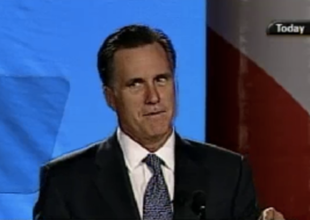 Mitt Romney's large investment income has spurred arguments about whether to raise the tax on capital gains.
February 7, 2012


The U.S. tax code: Never has so much been done by so many for so few who need so little. The recent public debate about the inequities built into the tax code—triggered by the disclosure of Mitt Romney’s tax returns—is all for the good. So is the call for a “Romney rule” mandating that capital gains be treated as ordinary income, and so be subject to the same top marginal rate of 35 percent that applies to ordinary income, rather than the current top rate of 15 percent.

But we shouldn’t raise the capital gains tax just because it’s a popular idea. The rate should rise for philosophical, economic, and political reasons, as several colleagues and I argued in a recent debate at the Maxwell School of Public Policy at Syracuse University.

The philosophical argument for higher capital gains taxes is not tough. Modern American political philosophy is essentially a battle between John Rawls and Robert Nozick. Rawls, whose famous dictum is that we should maximize the well being of the least well-off member of our society, is generally understood consequently to support progressive tax structures that shift income from the wealthy to the less fortunate—with the proviso that marginal rates that were disincentives to work could over time diminish the well being of the least well off. So progressivity is bounded by that practical limit.
Anybody who is a Rawlsian—which means most Democrats—should favor a Romney rule that would raise his effective 14 percent tax rate to something approaching the 35 percent rate applicable to ordinary earned income. READ MORE
Posted by Obwon at 2:51 PM