Why Are Cops Losing Their Jobs for Questioning the Drug War? 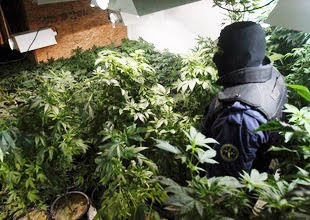 Police and Border Patrol officers around the country are being punished for criticizing the devastating war on drugs and supporting drug decriminalization.
December 6, 2011

With so much bloodshed, hundreds of thousands incarcerated, and millions of families torn apart, one would have to be blind not to question the failed war on drugs. Given their close proximity to the devastation it has wrought, it’s only natural that the police and Border Patrol officers tasked with executing the drug war for the last four decades would have the strongest views. Yet, around the country, some have been fired for criticizing the drug war as well as supporting drug decriminalization.

On April 13, 2009, 26-year-old Bryan Gonzalez was patrolling the U.S.–Mexican border near Deming, New Mexico, when he pulled up next to fellow agent Shawn Montoya for a break. The two began a casual discussion about the drug-related violence in Mexico, at which point Gonzalez shared his belief that drug legalization would end both the drug war and the cartel violence. When Montoya asked why Mexicans cross the border and steal jobs, Gonzalez responded that Mexicans came to the United States due to a lack of available jobs in Mexico.
READ MORE
Posted by Obwon at 8:05 AM