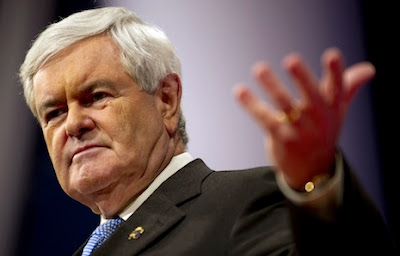 Now that Newt Gingrich is the designated frontrunner in the Republican primaries, politicians and pundits alike are rushing to find a rationalization for the turnaround in his fortunes, even though the explanation is starting them in the face: setting aside Ron Paul, who remains a live contender, the other conservative candidates turned out to be an inflexible extremist (Michele Bachmann), a village dolt (Rick Perry), and a snake-oil salesman (Cain).
READ MORE
Posted by Obwon at 6:11 AM