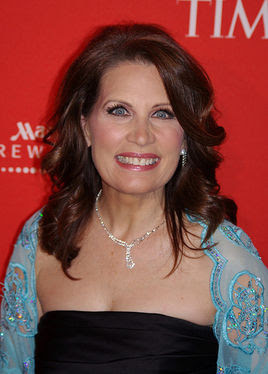 When Michele Bachmann was on Meet the Press yesterday, she had some thoughts she wanted to share on Jerry Sandusky and the child sex scandal he and Penn State are currently involved with. She first mentioned that if, God forbid, something like this had happened to one of her children, she would want to find Sandusky and "beat him to a pulp." And for the first time, I'll admit, I actually agreed with Bachmann. If anything so horrific ever happened to anyone I love, violence would definitely be the first thing that came to mind. (I'm not running for president, though.)

Her second comment revealed how she feels that this case should remain strictly on a state level. She doesn't think Washington should get involved because “Congress has a lot of other things to pay attention to.”

And this is where the old Bachmann I know and love made an appearance. Clearly, the woman had no idea what she's talking about.