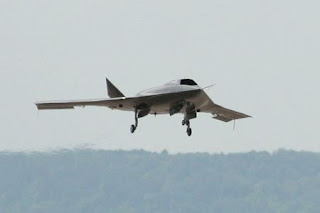 A senior Iranian military official says Iran's Army has downed a remote-controlled reconnaissance drone operated by the US military in the eastern part of the country.


The informed source said on Sunday that the Iranian Army's electronic warfare unit successfully targeted the US-built RQ-170 Sentinel stealth aircraft after it crossed into Iranian airspace over the border with neighboring Afghanistan.

He added that the US reconnaissance drone has been seized with minimum damage.

The RQ-170 is an unmanned stealth aircraft designed and developed by the Lockheed Martin Company.
READ MORE
Posted by Obwon at 12:56 PM