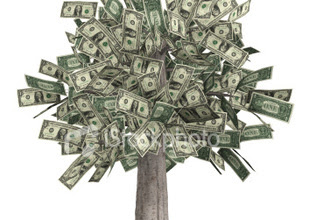 A full moon rises over the Hamptons as the crocs come out to play.