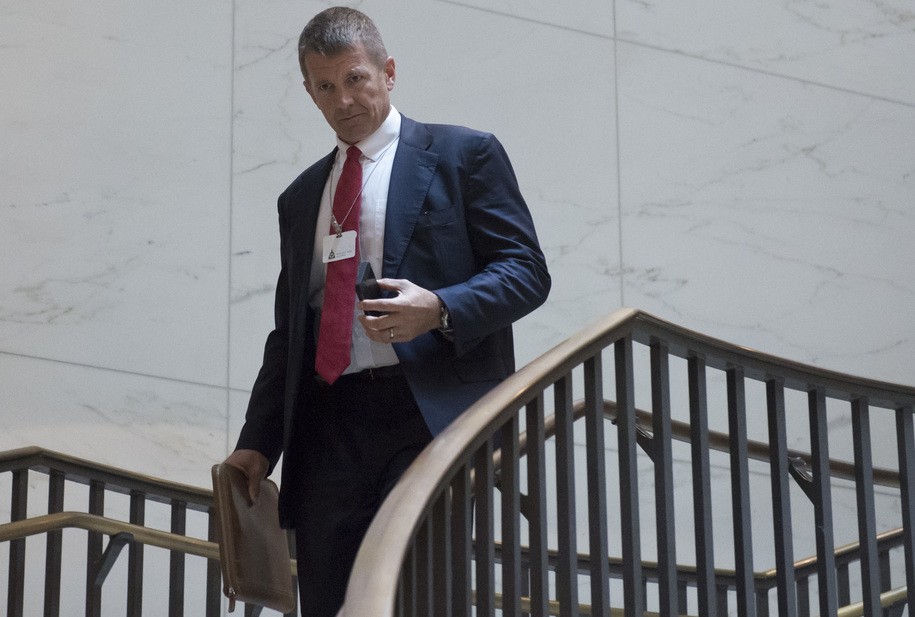 It’s against the law for foreigners—individuals or governments—to be involved in U.S. elections. But Mark Mazzetti, Ronen Bergman, and David D. Kirkpatrick at The New York Times have ferreted out evidence that an emissary for the crown princes of Saudi Arabia and the United Arab Emirates met in Trump Tower in August 2016 with Don Trump Jr. along with an Israeli specialist in social media manipulation and a well-known—some would say notorious—private security contractor. The men were there, the reporters say they have learned, to discuss assisting Donald Trump in gaining the presidency.
It’s unknown whether any plan that emerged from the meeting was implemented. But soon after the election, the emissary paid the social media specialist a large sum, what one associate said was $2 million:
READ MORE
Posted by Obwon at 10:43 AM