Why God, Family and Tradition Do Not Equal Happiness 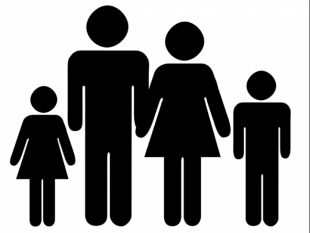 Conservatives are freaking out about the death of the traditional family. But the family appears to be getting better.


Are we living in a post-familial age? According to a new report, The Rise of Post-Familialism: Humanity's Future? , the answer is yes: the traditional family unit is slowly dying out as more people choose to forgo children and even marriage. As a result, society is economically imperilled, lacking the necessary workforce to support older generations. We're also "values-challenged", entering a brave new world of materialistic indulgence, selfishness and protracted adolescence.

Sounds awful, doesn't it? Luckily, almost none of it is true.

People around the world are indeed delaying childbearing and marriage, and larger numbers of people never marry or reproduce at all. But that is not synonymous with a moral decline, or selfish decadence. It represents an uptick in women's rights, a commitment to creating the family one wants, and wider choices for everyone.

It's no shock that the drop in the number of children a woman has came along with the advent of the birth control pill. The countries with the highest birth rates aren't just highly religious; they're poor, have abominable human rights records and lack access to reliable birth control. Contrary to New York Times columnist Ross Douthat's position , it is not in fact the country with the most babies that wins: if that was the case, Nigeria would be running the show.    READ MORE
Posted by Obwon at 9:14 AM