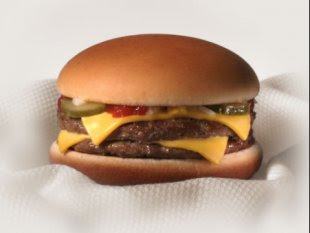 Bloomberg has an  article today highlighting the pay gap at McDonald’s. The whole piece is worth a read but the beginning is particularly striking. It highlights Chicago man Tyree Johnson, who holds positions at two different McDonald’s. Between shifts he has to give himself a quick scrubbing in one of the restaurant’s bathrooms because he can’t even show up for work at a McDonald’s smelling like a McDonald’s.


“I hate when my boss tells me she won’t give me a raise because she can smell me,” he said.


Johnson, 44, needs the two paychecks to pay rent for his apartment at a single-room occupancy hotel on the city’s north side. While he’s worked at McDonald’s stores for two decades, he still doesn’t get 40 hours a week and makes $8.25 an hour, minimum wage in Illinois.

This is life in one of America’s premier growth industries. Fast-food restaurants have added positions more than twice as fast as the U.S. average during the recovery that began in June 2009.


Johnson’s circumstances look particularly grim when they’re compared, as Bloomberg does, to the compensation enjoyed by executives whose pay gives a whole new meaning to “McJob.”
READ MORE
Posted by Obwon at 10:48 AM