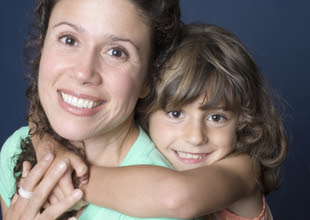 "Broken homes" are irrelevant when there are so few well-paid jobs with decent benefits.
June 12, 2012


We should view lower-income single moms as heroes. Most of them make enormous sacrifices to raise their kids -- trying to balance work and parenthood in a society that offers them very little support. Many are forced to forego opportunity to advance, working multiple jobs just to scrape by. But too often, they're villified – blamed not only for failing to “keep their man,” but also for America's persistently high poverty rate and dramatic inequality.

The idea that the decline of “traditional marriage” is the root cause of all manner of social problems is especially prominent on the political Right. Serious research into the causes of wealth and income inequality has not been kind to the cultural narratives conservatives tend to favor, but they nonetheless persist because such explanations have immense value for the Right. They offer an opportunity to shift focus from the damage corporate America's preferred economic policies have wrought on working people – union-busting, defunding social programs in order to slash taxes for those at the top and trade deals that make it easy for multinationals to move production to low-wage countries and still sell their goods at home – and onto their traditional bogeymen: feminism, secularism and whatever else those dirty hippies are up to.

The single mother, especially the black or brown single mother, plays an outsized-role in this discourse. A compelling body of research suggests that economic insecurity leads to more single-parent “broken homes,” yet the Right clings tirelessly to the myth that the causal relationship is the other way around.   READ MORE
Posted by Obwon at 9:26 AM