Big Beer Brewers Like Anheuser-Busch Are Drunk on Greed 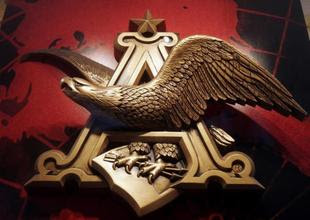 How the beer lobby is taking advantage of addiction.
May 18, 2012


Big brewers like Anheuser-Busch frequently admonish us imbibers of their grain products to "drink responsibly." Well, I say back to them: Lobby responsibly.

In particular, I point to a disgusting binge of besotted lobbying by Anheuser-Busch (now owned by the Belgian beer conglomerate InBev) and other beer barons this year in the Nebraska legislature.

At issue was the "town" of Whiteclay, smack dab on the Nebraska-South Dakota border. I put "town" in quotes because only 10 people live there -- but it is home to four beer stores. Why? Because right across the state line is the Pine Ridge Indian Reservation of the Oglala Sioux tribe, which has a devastating problem of alcohol addiction among its 20,000 members, combined with intractable and dispiriting poverty.

Whiteclay exists solely so booze peddlers can profit from the Oglala tribe's addiction miseries. They sell more than 4 million cans of beer a year to Pine Ridge residents! This includes literally making a killing by peddling high-alcohol malt liquors, such as Busch's aptly named "Hurricane High." So much for "Drink responsibly."  READ MORE
Posted by Obwon at 8:16 AM