Why Do We Pay Energy Giants to Wreck Earth? 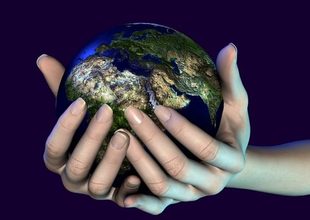 We must stop subsidizing the fossil-fuel industry.
April 5, 2012


To stay on top of important articles like these, sign up to receive the latest updates from TomDispatch.com here.

Along with “fivedollaragallongas,” the energy watchword for the next few months is: “subsidies.” Last week, for instance, New Jersey Senator Robert Menendez proposed ending some of the billions of dollars in handouts enjoyed by the fossil-fuel industry with a “Repeal Big Oil Tax Subsidies Act.”  It was, in truth, nothing to write home about -- a curiously skimpy bill that only targeted oil companies, and just the five richest of them at that. Left out were coal and natural gas, and you won’t be surprised to learn that even then it didn’t pass.   READ MORE
Posted by Obwon at 9:44 PM