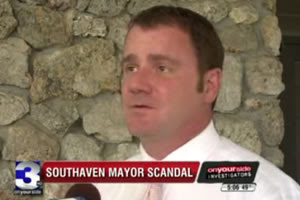 A Republican mayor in Mississippi admitted this week that he
was gay after an audit revealed that he spent taxpayer money
at a gay adult store in Canada.

Greg Davis was elected as the mayor of Southaven in 1997 on
a platform of conservative “family values,” but he says he
recently realized that he was gay.

“At this point in my life and in my career, while I have
tried to maintain separation between my personal and public
life, it is obvious that this can no longer remain the
case,” the mayor, now in his third term, told The Commercial
Appeal.