Is Your State Stealthily Privatizing Medicaid and Putting Patients at Risk? 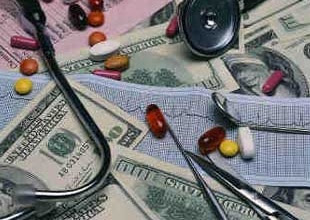 There have long been moves to privatize the management of Medicaid, but with shock-doctrine austerity hawks making as much mileage from their budget crises as possible, this year has seen an especially strong push to privatize the heath care of low-income and disabled Medicaid users at a state level. All across the country in states like Texas, New York, Louisiana, Florida, Illinois, South Carolina and Kentucky, state governments are stealthily privatizing Medicaid by handing over the money they get from the federal government to private contractors -- sometimes with minimal savings to the states themselves. It’s all part of a broader trend called “managed care” or “co-ordinated care” -- deceptively bureaucratic terms for a turn with sometimes deadly consequences for Medicaid patients.
READ MORE
Posted by Obwon at 8:14 AM