WASHINGTON — In the two days before President Trump forced out the American ambassador to Ukraine in April, his personal lawyer Rudolph W. Giuliani was on the phone with the White House more than a dozen times. 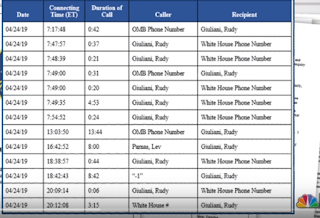 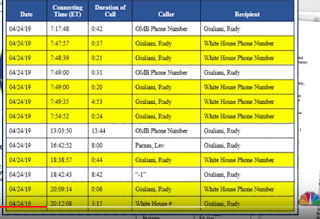 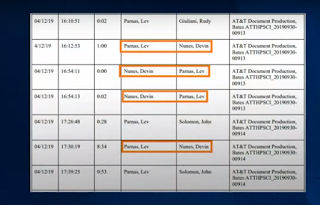 That effort accelerated through the spring and summer into a full-court press to force Ukraine’s new president to accede to Mr. Trump’s wishes or risk losing $391 million in military assistance desperately needed to hold off Russian-led forces waging a separatist war in eastern Ukraine.

From March 26 to Aug. 8, as he developed an irregular foreign policy channel that eventually sidelined both National Security Council and State Department aides, Mr. Giuliani — who is not a government employee — was in touch with top-ranking officials, the newly revealed call records suggested. READ MORE CLICK HERE
Posted by Obwon at 3:08 PM