Here's a screen capture from this video taken at 9:04 a full minute after that plane has supposedly crashed into the south tower.  You'd expect these people would be stopped, standing and gawking at the huge fireball right?  But they're not, they're just ambling along as though there's nothing happening.  There's only one guy rushing and two standing facing the towers but not looking up. It appears this scene was staged and filmed before anything actually happened.  Thus it looks more like a composite/green screen than of a crowd, when a plane has just crashed overhead and created this huge expanding fireball.  I'm pretty sure you wouldn't feel comfortable standing under something like that. 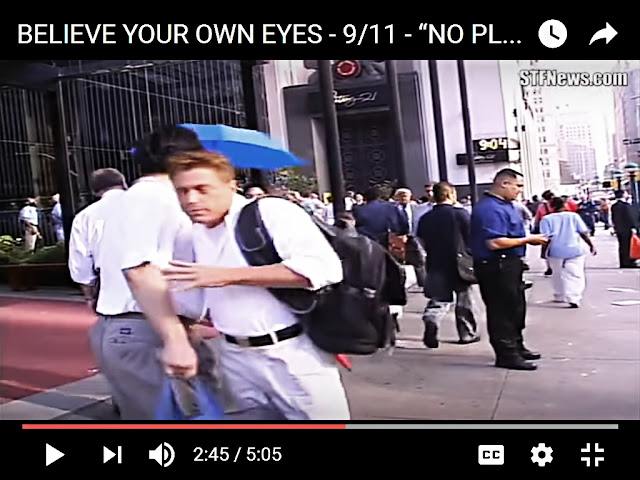