May 23, 2015 Alan
Posted with permission from Liberaland

A U.S. court will hear accusations that Sheldon Adelson, a major Republican donor, has ties to organized crime in China.

Las Vegas Judge Elizabeth Gonzalez ruled that a hearing over the full case will take place in a Nevada courtroom, according to The Guardian, dealing a blow to Adelson, the owner of Las Vegas Sands and a major GOP political donor.
"This matter has been pending in Nevada courts for almost five years," Gonzalez said. "Judicial economy would be served by continuing his litigation in Nevada."
Posted by Obwon at 11:47 AM No comments: Links to this post 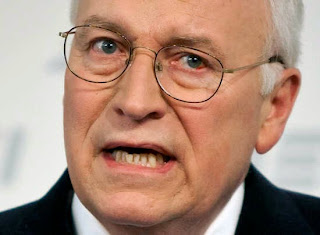 In the much-needed pile-on lambasting the most recent round of Iraq War whitewashing, Ex-CIA Deputy Director Michael Morell appeared on the TV to say that yes, the Bush administration lied to the public about the intelligence presented to them. He was the one briefing the White House on that intelligence at the time, and so he is among the most very qualified people on earth to make that assertion. But he didn't pipe up with this at the time, you must understand, because that wasn't his job.

[CHRIS MATTHEWS]: You're the briefer for the president on intelligence, you're the top person to go in and tell him what's going on. You see Cheney make this charge he's got a nuclear bomb and then they make subsequent charges he knew how to deliver it…and nobody raised their hand and said, "No that's not what we told him." [...] MORELL: As the briefer, my job is to carry CIA's best information and best analysis to the president of the United States and make sure he understands it. My job is to not watch what they're saying on TV.


Given the magnitude of death and destruction unleashed as a result of those misrepresentations, you have to admire the man's devotion to his own job security. A true hero.


MATTHEWS: So you're briefing the president on the reasons for war, they're selling the war, using your stuff, saying you made that case when you didn't. So they're using your credibility to make the case for war dishonestly, as you just admitted. [...] MORELL: On some aspects. On some aspects.


Add this to the pile, then. There were many, many Americans that knew at the time that the intelligence being presented to justify the Iraq War was weak or simply fraudulent; the case being made against the war at the time relied on U.N. weapons inspectors, nuclear experts, foreign policy experts and others who regularly piped up to say that assertions about "aluminum tubes" or "yellowcake uranium" or an "Al-Qaeda connection" were simply false.  READ MORE
Posted by Obwon at 10:52 AM No comments: Links to this post 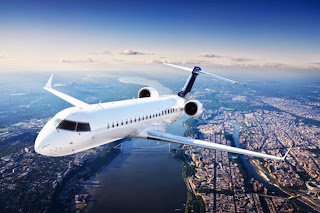 As Jesus once said, “Blessed are rich pastors, for they deserve a private jet.”

Wait, no he didn’t. But that’s essentially the message Creflo Dollar, a prominent mega-pastor in College Park, Georgia, wants his congregants to believe.

In March, the website for World Changers Church International, Dollar’s church, launched Project G650, a campaign to purchase the 53-year-old pastor a Gulfstream G-650 luxury jet valued at roughly $65 million dollars. Dollar (yes, that’s his actual name) reportedly already owned a private plane, but encouraged members of his church — which claims around 30,000 congregants, not including thousands of online followers — to buy him a new one.

“The mission of Project G650 is to acquire a Gulfstream G650 airplane so that Pastors Creflo and Taffi [his wife] and World Changers Church International can continue to blanket the globe with the Gospel of grace,” the website read, according to the Christian Post. “We are believing for 200,000 people to give contributions of 300 US dollars or more to turn this dream into a reality — and allow us to retire the aircraft that served us well for many years.” READ MORE
Posted by Obwon at 9:41 AM No comments: Links to this post

For the past few years, Josh Duggar, eldest son of the 19 in the Duggar clan, has been the face of the Family Research Council (FRC) at rallies against LGBT equality across the country. As executive director of FRC Action, the organization’s political arm, he helped fundraise for the organization, hobnob with Republican presidential contenders, and promote its anti-LGBT talking points, including claiming that his lesbian aunt “chooses” her “lifestyle” and that LGBT people are a threat to children.
But Duggar just resigned from FRC after admitting to allegations that he molested several young girls as a teenager, including some of his sisters. Details of the police report, only filed by patriarch Jim Bob Duggar more than a year after the molestation took place, first came to light through reporting from In Touch magazine and later confirmed by TMZ. In a statement to People magazine, Josh Duggar publicly confessed to his behavior and the Duggar family also acknowledged his past mistakes on Facebook. But FRC’s official response, via President Tony Perkins, was incredibly muted.  READ MORE
Posted by Obwon at 9:16 AM No comments: Links to this post 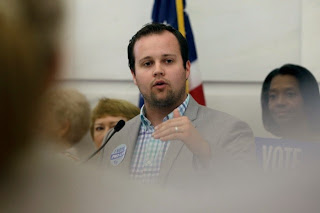 Josh Duggar, a reality TV star on TLC’s 19 Kids and Counting and the oldest child of the Duggar clan, admitted that he sexually molested several young girls as a teenager. Duggar only owned up to his conduct after records of a police investigation were obtained by In Touch Magazine. He was never prosecuted because, by the time he was reported to the authorities, the statute of limitations had expired.

Prior to his admission on Thursday night, Duggar spent years crisscrossing the country as a spokesman for “traditional values.” Duggar took a job as executive director of the Family Research Council’s political arm in 2013. In that role, which he resigned on Thursday, Duggar argued that marriage equality and abortion rights — among other things — were destroying the values that he and his family embodied.

Here are nine of Duggar’s most sanctimonious moments:

1. When Josh Duggar argued that an LGBT nondiscrimination measure in Arkansas jeopardized the safety of children:
READ MORE
Posted by Obwon at 8:56 AM No comments: Links to this post