Serco: the company that is running Britain 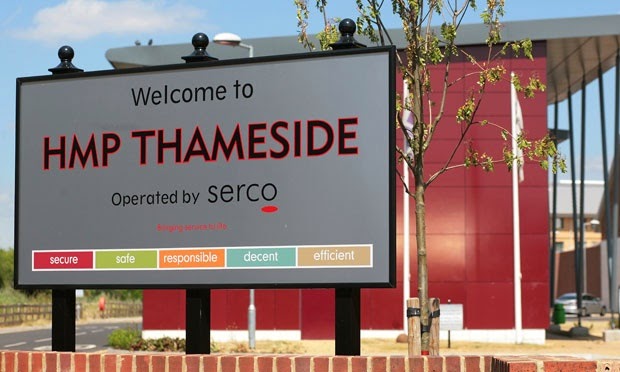 From prisons to rail franchises and even London's Boris bikes, Serco is a giant global corporation that has hoovered up outsourced government contracts. Now the NHS is firmly in its sights. But it stands accused of mismanagement, lying and even charging for non-existent work

In May this year, a huge company listed on the London Stock Exchange found itself in the midst of controversy about a prison it runs for the government – Thameside, a newly built jail next to Belmarsh, in south-east London. A report by Her Majesty's Inspectorate found that 60% of its inmates were locked up all day, and there were only "vague plans to restore the prison to normality". The prison campaign group the Howard League for Penal Reform talked about conditions that were "truly alarming".

Two months later, the same company was the subject of a high- profile report published by the House Of Commons public accounts committee, prompted by the work of Guardian journalist Felicity Lawrence. This time, attention was focused on how it was managing out-of-hours GP services in Cornwall, and massive failings that had first surfaced two years before. Again, the verdict was damning: data had been falsified, national standards had not been met, there was a culture of "lying and cheating", and the service offered to the public was simply "not good enough".

Three weeks ago, there came grimmer news. Thanks to its contracts for tagging offenders, the company was now the focus of panic at the Ministry of Justice, where it had been discovered that it was one of two contractors that had somehow overcharged the government for its services, possibly by as much as £50m; there were suggestions that one in six of the tags that the state had paid for did not actually exist. How this happened is still unclear, but justice secretary Chris Grayling has said the allegations represent something "wholly indefensible and unacceptable".  READ MORE
Posted by Obwon at 7:19 PM