Hillary Clinton to announce her presidential candidacy this weekend 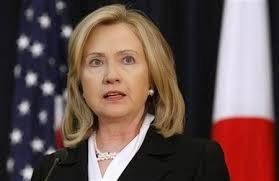 Former Secretary of State Hillary Clinton will announce her candidacy for the presidency online Sunday. Then, within a few days, Clinton will travel to an early voting state. The Wall Street Journal, citing people familiar with the matter, first reported that Clinton would announce this weekend, and the Guardian was first to report that it would take place Sunday.
Clinton's new epilogue to her 2014 book, "Hard Choices," released Friday with the paperback version and published on the Huffington Post, seems to hint at her pending announcement and some of the themes of her candidacy, in the part where she reflects on the birth of her granddaughter, Charlotte.
"Rather than make me want to slow down, it has spurred me to speed up," she wrote. Children "drive us to work for a better future," one which Clinton sees as globally interconnected. She continued, "If the United States continues to lead the world in the years ahead, as I believe it can and must, it will be because we have learned how to define the terms of our interdependence to promote more cooperation and shared prosperity and less conflict and inequality."  READ MORE
Posted by Obwon at 2:44 PM

Email ThisBlogThis!Share to TwitterShare to FacebookShare to Pinterest
Labels: Hillary 2016