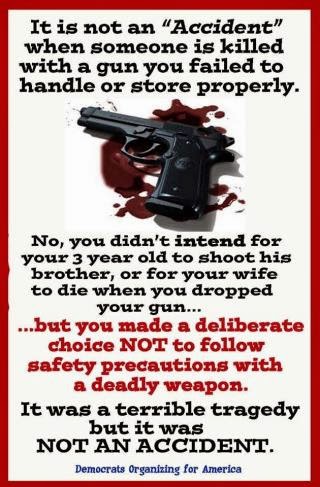 Jesus understands because He carried a Glock

On the eve of the holiest of days, a Pennsylvania gun owner accidentally went all Second Amendment on his church.

The totally responsible dude's gun discharged in his pocket at Easter vigil Mass at the Cathedral of the Blessed Sacrament on Saturday evening.


A critical piece of the handgun apparently caught on the man's pants as he stood up, according to Altoona police officer Christy Heck. The safety apparently was not engaged, she said.
The man, whose identity police did not divulge, was very slightly injured, police said. The bullet grazed the man, who was "beyond lucky," Heck said.

Just before the hymn at mass the shot was fired.
The shot had to echo for ages.
READ MORE

Email ThisBlogThis!Share to TwitterShare to FacebookShare to Pinterest
Labels: Weapon Fired in Church