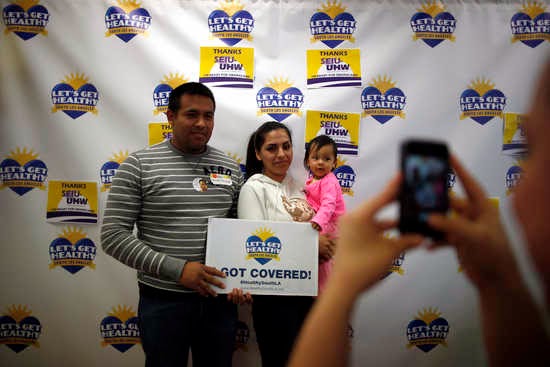 Sen. John Barrasso (R-WY), the guy who wants President Obama to stop talking about the good stuff that has come with Obamacare has another "Shut up!!! Shut up!!!!" moment following Monday's announcement that the uninsured rate has dropped by 35 percent since the law was enacted, and 16.4 million people have gained insurance through the law. Nonsense, says Barrasso.

Senator John Barrasso of Wyoming, the chairman of the Senate Republican Policy Committee, said: "Millions of people have lost coverage they liked, and out-of-pocket costs continue to rise. Coverage does not equal care."


Moreover, he said, the addition of people to the Medicaid rolls is "hardly worth celebrating."