News anchor Siobhan Riley of Saginaw’s ABC 12, was busy doing her job and reporting on traffic patterns in the area when she drew a penis-shaped traffic flow.
*Po' thang. :)
News reporters and anchors make their jobs seem easy as they read the teleprompter and deliver the news.
But sometimes, they have to give their attention to too many directions and …well…mistakes can happen…on the air.
According to the Daily Mail, Saginaw, Michigan’s ABC 12 News anchor Siobhan Riley, was innocently delivering the traffic report when she drew a few too many loops on the screen to exhibit the local traffic patterns.
The electronic pen got ahead of her and she didn’t realize until she was finished that she was looking at a penis-shaped traffic pattern on the screen.
END_OF_DOCUMENT_TOKEN_TO_BE_REPLACED
Posted by Obwon at 7:01 AM No comments: Links to this post

The 10 Coolest Things You Can 3-D Print Right Now

Current 3-D Printing Instruments, flying things, figurines, and much more!
View Photo Gallery
One survey of the 3-D printing landscape will quickly show you that it's brimming with novelty items and useless junk. But don't let that overwhelm you! We sorted through the clutter to create this list of 10 projects that are both awesome and practical.  READ MORE

Don't have a 3-D printer yet? Chicago's got you covered...

There's something about 3D printing

Posted by Obwon at 6:47 AM No comments: Links to this post

How Google accidentally uncovered a Chinese ring of car thieves

Looking for fraud on AdWords, the team found something more mysterious 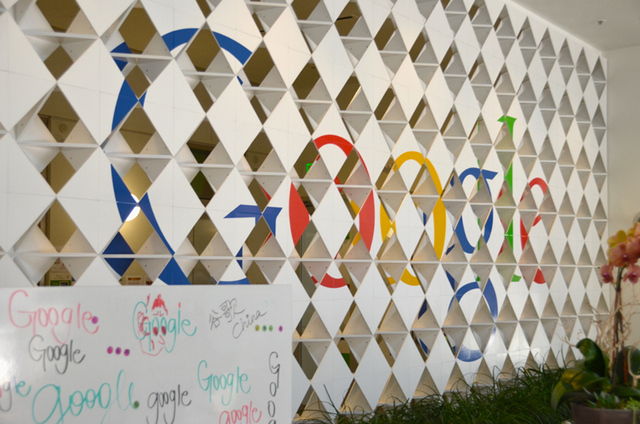 81
inShare
AdWords is the core of the business of Google, delivering billions of data-targeted ads to browsers every year. Most of the ads are legitimate, but not all of them, and it’s Google’s job to tell which is which. Last year, that meant kicking 224 million ads off the network. The majority were run-of-the-mill web fraud: counterfeit handbags, thinly veiled phishing schemes, the kind of thing any decent spam filter would take out. But in 2010, in the midst of reworking the ad-filtering model, something strange happened. The new model was flagging a lot of otherwise innocuous ads for used cars. Most of the bad products were counterfeit goods, and, as AdWords engineering director David Baker says, "We'd never heard of a counterfeit car." Had they trained AdWords into anti-car prejudice? Was the model simply broken?

The answer turned out to be even stranger. They were real cars, but they weren't really for sale. Scammers were taking pictures of cars on the street, and when a hapless customer showed up a few days later offering money, they'd steal the car and hand it over. By the time the mark realized he had purchased stolen goods, the sellers were long gone, taking his money with them. It's a lucrative scam, and in China, a well-known one — but to anyone looking at the ads, it just looks like one more crop of used-car ads.

For those who study fraud in China, on the other hand, this is far from surprising. "These people are very professional," says Dahui Li, an information systems expert at the University of Minnesota who specializes in Chinese online fraud. In the case of the car scam, he says the offline component is the most important part, as a way to assure skeptical customers that the sale is legit. "Chinese people want to see the product before they pay for it," Li says. "They have to see the car." So the criminal element developed a scheme that could show it to them.   READ MORE
Posted by Obwon at 6:32 AM No comments: Links to this post

Cost of Arctic Methane Release Could Be 'Size of Global Economy', Experts Warn

July 24, 2013 — Researchers have warned of an "economic time-bomb" in the Arctic, following a ground-breaking analysis of the likely cost of methane emissions in the region.

Economic modelling shows that the methane emissions caused by shrinking sea ice from just one area of the Arctic could come with a global price tag of 60 trillion dollars -- the size of the world economy in 2012.

Writing in a Comment piece in the journal, Nature, academics argue that a significant release of methane from thawing permafrost in the Arctic could have dire implications for the world's economy. The researchers, from Cambridge and Rotterdam, have for the first time calculated the potential economic impact of a scenario some scientists consider increasingly likely -- that methane from the East Siberian Sea will be emitted as a result of the thaw.

This constitutes just a fraction of the vast reservoirs of methane in the Arctic, but scientists believe that the release of even a small proportion of these reserves could trigger possibly catastrophic climate change. According to the new assessment, the emission of methane below the East Siberian Sea alone would also have a mean global impact of 60 trillion dollars.

The ground-breaking Comment piece was co-authored by Gail Whiteman, from Erasmus University; Chris Hope, Reader in Policy Modelling at Cambridge Judge Business School, University of Cambridge; and Peter Wadhams, Professor of Ocean physics at the University of Cambridge.
"The global impact of a warming Arctic is an economic time-bomb," Whiteman, who is Professor of sustainability, management and climate change at Rotterdam School of Management, Erasmus University (RSM), said.

Wadhams added: "The imminent disappearance of the summer sea ice in the Arctic will have enormous implications for both the acceleration of climate change, and the release of methane from off-shore waters which are now able to warm up in the summer. This massive methane boost will have major implications for global economies and societies." READ MORE

Posted by Obwon at 6:23 AM No comments: Links to this post