The Clustering of the Death Penalty


A. Executions by County 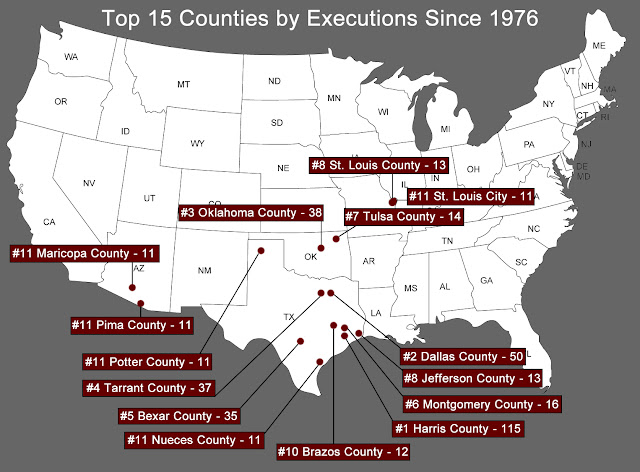 Email ThisBlogThis!Share to TwitterShare to FacebookShare to Pinterest
Labels: DPIC

The Pentagon and Slave Labor in U.S. Prisons 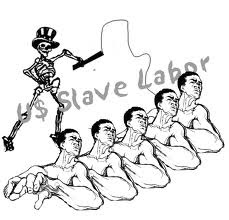 Prisoners earning 23 cents an hour in U.S. federal prisons are manufacturing high-tech electronic components for Patriot Advanced Capability 3 missiles, launchers for TOW (Tube-launched, Optically tracked, Wire-guided) anti-tank missiles, and other guided missile systems. A March article by journalist and financial researcher Justin Rohrlich of World in Review is worth a closer look at the full implications of this ominous development. (minyanville.com) 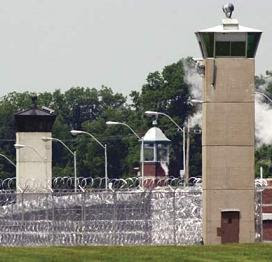 Labor in federal prisons is contracted out by UNICOR, previously known as Federal Prison Industries, a quasi-public, for-profit corporation run by the Bureau of Prisons. In 14 prison factories, more than 3,000 prisoners manufacture electronic equipment for land, sea and airborne communication. UNICOR is now the U.S. government’s 39th largest contractor, with 110 factories at 79 federal penitentiaries.   READ MORE
Posted by Obwon at 7:34 AM No comments: 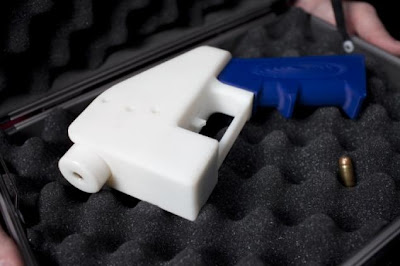 Untraceable gun alarms lawmakers and law enforcers. 'The Liberator' can be sneaked onto planes.

The plastic firearm that can be churned out on a 3-D printer and easily assembled was downloaded at least 50,000 times Monday, according to the self-described anarchist who made it available for free online.

Cody Wilson of Defense Distributed, a collective of gun advocates, said the most downloads were done in Spain followed by the United States.

The prospect of terrorists getting hold of the guns by clicking a computer mouse chilled NYPD Commissioner Raymond Kelly to the core.

Rep. Steve Israel (D-L.I.) is writing legislation to tighten the reins on the printable guns.

Kelly’s biggest fear is that the gun — called the “Liberator” — will easily sneak past metal detectors and then onto commercial airplanes and into secure buildings.

“If that capability exists anywhere it can exist all over the country,” Kelly said.

More than a year after Rush Limbaugh's assessment of Georgetown law student Sandra Fluke as a "slut" for advocating federally subsidized birth control, the broadcaster that carries his show is experiencing a "residual hangover" in its ad sales thanks to the boycotts Limbaugh's comments sparked. At least, that's how Lew Dickey, the CEO of Cumulus Media, has characterized the lingering slump. Limbaugh disagrees, and he's now threatening to take his show elsewhere if Dickey keeps blaming him. If Limbaugh left Cumulus, the company would lose the rights to broadcast his show on its 40 radio stations, including WABC in New York.  READ MORE
Posted by Obwon at 5:59 AM No comments: