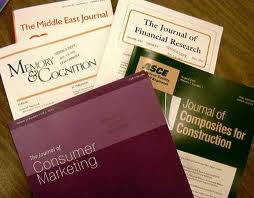 Copyright © 2013 NPR. For personal, noncommercial use only. See Terms of Use. For other uses, prior permission required.

NEAL CONAN, HOST:
This is TALK OF THE NATION. I'm Neal Conan.
And now the Opinion Page. The release of millions of academic papers by Internet activist Aaron Swartz raised many questions about how much access the public should have to scholarship, questions that took on new dimensions after his suicide. At the time of his death, Swartz faced federal charges of wire fraud and violations of the Computer Fraud and Abuse Act.

In The Chronicle of Higher Education, Peter Ludlow argues Aaron Swartz was right, not only justified in his act of civil disobedience, but morally impelled to act. We want to hear from those of you in academic publishing, what's the legacy of Aaron Swartz? 800-989-8255. Email: talk@npr.org. You can also join the conversation on our website. That's at npr.org, click on TALK OF THE NATION.
Peter Ludlow is a professor of philosophy in Northwestern University. His commentary "Aaron Swartz Was Right" ran in The Chronicle of Higher Ed on February 25. He joins us now from member station WBEZ in Chicago. Good to have you with us today.

CONAN: Yet, you accept that there's a possibility you could end up facing charges for this.

LUDLOW: You certainly do.

CONAN: And the civil act that he committed, you say, was justified by the, well, peculiar structure of academic publishing.

LUDLOW: Yeah. There are actually two things going on here. One is the issue of academic publishing, the structure of it and how knowledge is locked up by academic publishers. And then there's another thing which you're somewhat alluding to earlier when you talk about, you know, he should have expected some sort of punishment for what he did. And that other thing goes to the Computer Fraud and Abuse Act, which lays out these draconian penalties for unauthorized access of a computer system. And so there are really two things going on in all of this. One has to do with the story about academic publishing, and the other thing has to do with this Computer Fraud and Abuse Act, and both are incredibly serious issues.

CONAN: Well, let us start with the academic publishing issue then, first. And...

CONAN: All right. And your argument, essentially, that this has been stood on its head, a system that was designed to disseminate information instead bottles it up.

LUDLOW: That's exactly right. If you think about what academic publishers used to do is that they could provide a service that nobody else could provide. That is, they could produce information. They could typeset papers, scientific papers, mathematical papers, and so forth, in a way that nobody else really could do because, you know, a century ago, we're writing these things, you know, with pencil or pen. And they could not only typeset them, but they could publish the - and they could distribute them. And so it played this really invaluable service of taking information that otherwise might just be circulated among a very small group, and distribute it worldwide.
But now, it's performing exactly the opposite function. Instead of helping us to distribute information, it's using a certain kind of rights that it's acquired. And it's using that to bottle up information and demand for fees for that information when there are much more efficient ways to distribute information and academic publishing - academic ideas these days.

CONAN: Well, one of the problems you cite is that very few papers actually do get published, five percent you estimate.

LUDLOW: Well, that's - if you would take a particular top-level philosophy journal, their acceptance rate is around five percent. So presumably, those papers get published elsewhere, but perhaps not a journal that's as prestigious.
And the problem is that if you're a junior professor somewhere, let's say you're a junior professor in philosophy, you need to publish or perish. That means you don't have tenure yet. You're going to need to show up with, you know, six, seven, eight, maybe 10 solid publications in order to get tenure, or you're out the door. And you submit your papers to these journals.
They have a 5 percent acceptance rate and they are not - they are going to, basically, have you sign over the right to that publication. That is, a junior professor is going to be at a very unfair bargaining position, where they're going to give up the rights to their own intellectual product to this publishing company simply because, you know, they're in an impossible situation. They have to publish. They don't have many opportunities, and the publishing company holds all the power.

CONAN: So they've got 'em over a barrel and, of course, they're going to, given those stakes, sign away their right.

LUDLOW: Sure. I mean, I did it when I was young.
(LAUGHTER)

LUDLOW: I needed, I needed tenure. I signed away my rights. And I think for most publications and most fields in academia, the scholars do end up signing away their rights.
CONAN: And then you have the situation then to get access to those papers, subsequently, those publishers demand fees, and this is often for research that's been funded by, well, federal money.

LUDLOW: It could be funded by the NEH or the NSF. It might be funded by your tuition dollars or by state - money that a state contributes to the state university. And often, the research is the product of public funding. But the public doesn't have access to that information unless it finds some route to it by being a student in a university or professor in the university or via some other, not necessarily so obvious, route of access to the information.

CONAN: Now, there are various regulations, laws, written to protect, effectively, monopoly of these publishers.  READ MORE
Posted by Obwon at 10:44 AM No comments: 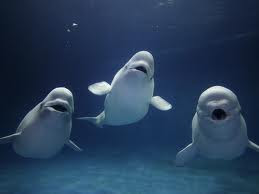 The Georgia Aquarium has applied for a permit to import 18 beluga whales into the U.S. where they will be in captivity at various aquariums and zoological parks throughout the country.

These whales taken from the Sea of Okhotsk in eastern Russia, have been removed from their pod and their natural habitat. Beluga whales are highly social animals who live in large pods and form strong bonds especially between mothers and calves.

The Georgia Aquarium claims this is a "conservation" effort, however, these whales will likely never be released back into the ocean. Many may die at an early age due to the stress of captivity, and
Georgia Aquarium's infant beluga whale died just days after being born in May.

Please help stop plans to send more beluga whales far from their ocean home to barren, concrete tanks in aquariums and zoological parks. These belugas should be released back into their ocean home, please give them back their freedom!

Irrefutable Evidence About 9/11 And Coincidences" in forum "Latest News". 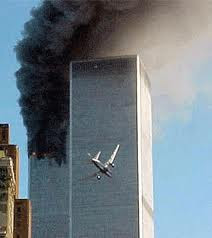