Crime laboratories must be subjected to mandatory blind proficiency testing 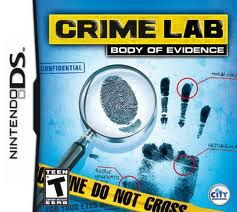 I have many errands to run today, so I am going to post a short article with a link to an important article by Professor Randolph Jonakait regarding the need to regulate crime laboratories.

His article, published in the Harvard Journal of Law and Technology in 1991, reviewed the performance of crime laboratories since the abysmal results of a 1978 study conducted by the Law Enforcement

Assistance Administration (LEAA). When his article was published, it was and remains the only independent study measuring laboratory performance in this country.

To say that the results of the LEAA study were shocking is a vast understatement.
Given the persistent stories of fraud and sloppiness in crime laboratories, you would think that some progress would have been made toward requiring crime labs to submit to mandatory blind proficiency testing similar to clinical laboratories pursuant to the Clinical Laboratory Improvement Act (CLIA), but you would be wrong. The American Society of Crime Laboratory Directors (ASCLD) supervises a voluntary program of proficiency testing that is not blind. The labs and the analysts know when they are being tested, a situation that is little better than no proficiency testing.

Rep. Keith Ellison Tells Sean Hannity What Most Of Us Just Wish We Could

Posted by Obwon at 3:09 PM No comments: Links to this post


Crews planned to begin demolishing a Florida home Sunday that is perched over a huge sinkhole, after deeming it too dangerous to keep searching for the man swallowed up from his bedroom.


The search for Jeff Bush, 37, was called off Saturday and demolition equipment was seen moving into position Sunday. The 20-foot-wide opening of the sinkhole is almost completely covered by the house and rescuers feared it would collapse on them. Two neighboring homes were evacuated as a precaution.
Heavy equipment, including a vehicle with a big bucket scoop on a long arm, was on the street near the house Sunday morning. Authorities said they expected to start the demolition around 8 a.m. Family members gathered on lawn chairs, bundled up with blankets against unusually chilly weather. Several dozen people milled about within view, including officials and reporters.

Hillsborough County Administrator Mike Merrill disclosed the plan hours earlier to raze the home. "At this point it's really not possible to recover the body," Merrill said, later adding "we're dealing with a very unusual sinkhole."  READ  MORE
Posted by Obwon at 10:53 AM No comments: Links to this post