'Stand Your Ground' Linked To Increase In Homicides 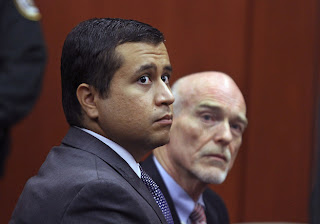 Shankar Vedantam and David Schultz
If a stranger attacks you inside your own home, the law has always permitted you to defend yourself. On the other hand, if an altercation breaks out in public, the law requires you to try to retreat. At least, that's what it used to do.

In 2005, Florida became the first of nearly two-dozen states to pass a "stand your ground" law that removed the requirement to retreat. If you felt at risk of harm in a park or on the street, you could use lethal force to defend yourself. The shooting of unarmed 17-year-old Trayvon Martin in Sanford, Fla., drew national attention to these laws.

Now, researchers who've studied the effect of the laws have found that states with a stand your ground law have more homicides than states without such laws.

"These laws lower the cost of using lethal force," says Mark Hoekstra, an economist with Texas A&M University who examined stand your ground laws. "Our study finds that, as a result, you get more of it."    READ MORE
Posted by Obwon at 12:25 PM No comments: Links to this post 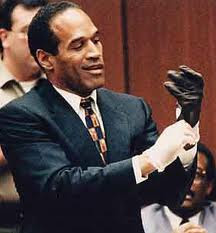 For more links to documents and errata,  see the "blogs I link to" section at the bottom of the page.

More on the players in the case

I've provided this article because there
are still people digging and commenting on this case.  Enjoy.
Posted by Obwon at 8:11 AM No comments: Links to this post

US Prepares to Sign Off On Foreclosure Fraud Settlement

anking regulators are close to a $10 billion settlement with 14 banks that would end the government's efforts to hold lenders responsible for foreclosure abuses like faulty paperwork and excessive fees that may have led to evictions, according to people with knowledge of the discussions.

Under the settlement, a significant amount of the money, $3.75 billion, would go to people who have already lost their homes, making it potentially more generous to former homeowners than a broad-reaching pact in February between state attorneys general and five large banks. That set aside $1.5 billion in cash relief for Americans.

Most of the relief in both agreements is meant for people who are struggling to stay in their homes and need the banks to reduce their payments or lower the amount of principal they owe.
The $10 billion pact would be the latest in a series of settlements that regulators and law enforcement officials have reached with banks to hold them accountable for their role in the 2008 financial crisis that sent the housing market into the deepest slump since the Great Depression. As of early 2012, four million Americans had been foreclosed upon since the beginning of 2007, and a huge amount of abandoned homes swamped many states, including California, Florida and Arizona.

Federal agencies like the Securities and Exchange Commission and the Justice Department are continuing to pursue the banks for their packaging and sale of troubled mortgage securities that imploded during the financial crisis.
Housing advocates were largely unaware of the latest rounds of secret talks, which have been occurring for roughly a month. But some have criticized the government for not dealing more harshly with bankers in light of their lax standards for making loans and packaging them as investments, as well as their problems with modifying troubled loans and processing foreclosures.
READ MORE
Posted by Obwon at 1:27 PM No comments: Links to this post

The GOP's Lost Year In the Fox News Bubble

uffering an election hangover after having been told by Fox News that Mitt Romney's victory was a sure thing (a "landslide" predicted by Dick Morris), some Republicans have promised to break their addiction to the right-wing news channel in the coming year. Vowing to venture beyond the comforts of the Fox News bubble, strategists insist it's crucial that the party address its "choir-preaching problem."

This grand experiment of marrying a political movement around a cable TV channel was a grand failure in 2012. But there's little indication that enough Republicans will have the courage, or even the desire, to break free from Fox's firm grip on branding the party.

For Fox News chief Roger Ailes, the network's slash-and-burn formula worked wonders in terms of catering a hardcore, hard-right audience of several million viewers. (Fox News is poised to post $1 billion in profits this year.) But in terms of supporting a national campaign and hosting a nationwide conversation about the country's future, Fox's work this year was a marked failure.

And that failure helped sink any hopes the GOP had of winning the White House.

From the farcical, underwhelming GOP primary that Fox News sponsored, through the general election campaign, it seemed that at every juncture where Romney suffered a major misstep, Fox misinformation hovered nearby. Again and again, Romney damaged his presidential hopes when he embraced the Fox News rhetoric; when he ran as the Fox News Candidate.    READ MORE
Posted by Obwon at 1:19 PM No comments: Links to this post