Romney 'gifts' comment not a new idea on the right

By Paul Waldman, Special to CNN
updated 2:38 PM EST, Thu November 15, 2012
Editor's note: Paul Waldman is a contributing editor at The American Prospect and the author of "Being Right Is Not Enough: What Progressives Must Learn From Conservative Success." Follow him on his blog and on Twitter.

(CNN) -- It took until the presidential campaign was over, but Mitt Romney finally figured out the sinister plan Barack Obama executed to win re-election. Here's how it worked: During his first term, Obama craftily carried out policies that helped improve Americans' lives, thereby tricking them into voting to re-elect him. Diabolical!


OK, that wasn't exactly how he put it. But in a conference call with his major donors after the campaign ended, Romney attributed his loss to the fact that Obama gave "gifts" to various groups to win their loyalty. Young people, women, Latinos, African-Americans, all voted for Obama because he showered them with presents, he concluded.

"With regards to the young people, for instance, a forgiveness of college loan interest was a big gift," Romney said. "Free contraceptives were very big with young, college-aged women. And then, finally, Obamacare also made a difference for them, because as you know, anybody now 26 years of age and younger was now going to be part of their parents' plan, and that was a big gift to young people."
READ MORE
Posted by Obwon at 5:33 PM No comments: 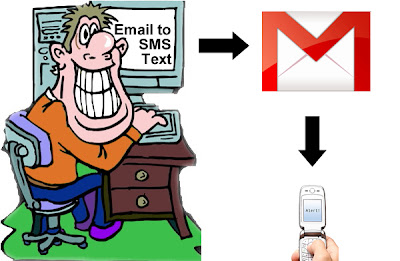 By simply sending an email to 1112223333@txt.att.net for example, you can send text messages to cell phones via email. This simple technology can also be applied to your DIY projects. For example, if you were creating a DIY security system, you could use your computer’s parallel port to automatically text you if your alarm goes off.
For more cell phone hacks, check out our entire collection and subscribe for more.
Posted by Obwon at 10:28 AM No comments:

State of the Species

By Charles C. Mann Published in the November/December 2012 issue of Orion magazine

THE PROBLEM WITH environmentalists, Lynn Margulis used to say, is that they think conservation has something to do with biological reality. A researcher who specialized in cells and microorganisms, Margulis was one of the most important biologists in the last half century—she literally helped to reorder the tree of life, convincing her colleagues that it did not consist of two kingdoms (plants and animals), but five or even six (plants, animals, fungi, protists, and two types of bacteria).

Until Margulis’s death last year, she lived in my town, and I would bump into her on the street from time to time. She knew I was interested in ecology, and she liked to needle me. Hey, Charles, she would call out, are you still all worked up about protecting endangered species? Margulis was no apologist for unthinking destruction. Still, she couldn’t help regarding conservationists’ preoccupation with the fate of birds, mammals, and plants as evidence of their ignorance about the greatest source of evolutionary creativity: the microworld of bacteria, fungi, and protists.

More than 90 percent of the living matter on earth consists of microorganisms and viruses, she liked to point out. Heck, the number of bacterial cells in our body is ten times more than the number of human cells! Bacteria and protists can do things undreamed of by clumsy mammals like us: form giant supercolonies, reproduce either asexually or by swapping genes with others, routinely incorporate DNA from entirely unrelated species, merge into symbiotic beings—the list is as endless as it is amazing.

Microorganisms have changed the face of the earth, crumbling stone and even giving rise to the oxygen we breathe. Compared to this power and diversity, Margulis liked to tell me, pandas and polar bears were biological epiphenomena—interesting and fun, perhaps, but not actually significant. Does that apply to human beings, too? I once asked her, feeling like someone whining to Copernicus about why he couldn’t move the earth a little closer to the center of the universe. Aren’t we special at all? READ MORE
Posted by Obwon at 4:51 PM No comments: 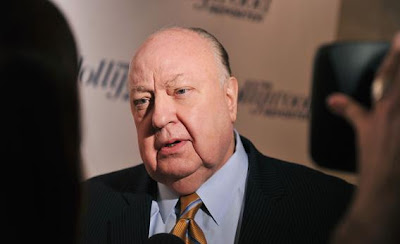 How the news network failed the GOP.

For liberals like me, Fox News was the channel to watch last night. As it became clear early on that Obama was going to take this thing, my household quickly switched the channel from CNN to Fox, eager to see the network’s massive breakdown play out in real time. After all, if the job of Fox News these past four years was to make Obama a one-term president, a goal the network not-incidentally shared with the Republican Party, Fox News super-duper seriously failed.

In 2009, White House communications director Anita Dunn called Fox News "either the research arm or the communications arm of the Republican Party.” I don’t know about the “or” part. With massive funds and infinite air time, Roger Ailes’ little network that could spent the past four years demonizing president Obama (after a year of demonizing candidate Obama), and obsessively churning up non-news to scare the shit out of white guys and feed into the GOP bloodstream: from the Black Panthers’ remarkable rise to political power to that thing about the guns and Mexico named after an awesome Vin Diesel movie to the multifront war on Christmas/Christians/Christ to The Great Benghazi Conspiracy of 2012.

And what do they have to show for it? Not a Republican president. Not a Republican Senate. Not a repealed health care law. Adding insult to Tuesday’s injury, Eric Holder is still a free man.

Yes, ratings. Yes, money. I hear you. But if Fox News has any actual interest in helping the Republican Party or the conservative cause—and you can want to do this and make money, just like the GOP!—the network really flubbed it. So what happened, other than the mainstream media oppressors shutting down the truth once again and polling places letting Hispanics in?    READ MORE
Posted by Obwon at 6:42 AM No comments: