'Noble' O'Reilly: Fox Couldn't Succeed if It Was Dishonest

Bill O'Reilly tried to make a "liberal media" punching bag out of Ted Koppel last night on his Fox News show, and found out that sometimes the punching bag can punch back hard.


O'REILLY: You think that we have corrupted the sanctity of fair news coverage.
KOPPEL: I think --

O'REILLY: That's what I think.

KOPPEL: I think that ideological coverage of the news, be it of the right or be it of the left, has created a political reality in this country which is bad for America. I think it's made it difficult if not impossible for decent men and women in Congress, on Capitol Hill to reach across the aisle and find compromise.

And if we can't -- and if we can't do that, Bill, we're going to be in -- and -- and we have been, I think, for the last few years, in a terrible situation in this country where politically we can't make deals anymore.

Now, you know that one hurt, because O'Reilly really can't deny that what Fox does is propaganda (well, he can try, and does, but it's empty blather) -- and that is has effectively altered the fabric of reality for a whole nation of right-wingers. And that the public discourse is worse off for it, because so much of it is now predicated on Fox-generated falsehoods. READ MORE

You almost never hear foreign government officials this blunt in their criticism of U.S. internal politics. The debt ceiling fiasco caught the attention of governments around the world.
via NBC News:
CANBERRA, Australia -- Australia's deputy prime minister said Friday that the greatest threat to the U.S. economy are "cranks and crazies" in the Republican Party.
Wayne Swan, who also serves as treasurer and is his center-left Labor Party government's ranking finance minister, took aim at the Tea Party during a speech to a business forum on Friday, breaking a convention among Australia's major parties to steer clear of U.S. domestic political debates.
READ MORE 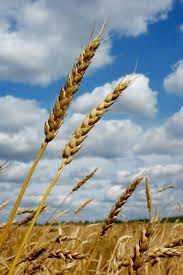 Modern wheat is a "perfect, chronic poison," according to Dr. William Davis, a cardiologist who has published a book, [Wheat Belly: Lose the Wheat, Lose the Weight, and Find Your Path Back to Health] all about the world's most popular grain. Davis said that the wheat we eat these days isn't the wheat your grandma had: "It's an 18-inch tall plant created by genetic research in the '60s and '70s," he said. "This thing has many new features nobody told you about, such as there's a new protein in this thing called gliadin. It's not gluten. I'm not addressing people with gluten sensitivities and celiac disease. I'm talking about everybody else because everybody else is susceptible to the gliadin protein that is an opiate. This thing binds into the opiate receptors in your brain and in most people stimulates appetite, such that we consume 440 more calories per day, 365 days per year." Davis said a movement has begun with people turning away from wheat - and dropping substantial weight. "We're seeing hundreds of thousands of people losing 30, 80, 150 pounds. Diabetics become no longer diabetic; people with arthritis having dramatic relief. People losing leg swelling, acid reflux, irritable bowel syndrome, depression, and on and on every day." To avoid these wheat-oriented products, Davis suggests eating "real food," such as avocados, olives, olive oil, meats, and vegetables. "(It's) the stuff that is least likely to have been changed by agribusiness," he said. "Certainly not grains. When I say grains, of course, over 90 percent of all grains we eat will be wheat."
Note: For deeply revealing reports from reliable major media sources on health issues, click here.
Posted by Obwon at 12:18 PM No comments: Links to this post