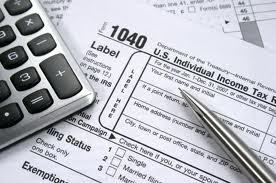 The income tax was the most popular economic justice movement of the early 20th century. What happened?

Imagine a United States with enormous and growing levels of income inequality. An America with long-term unemployment and people giving up hope for the future. An America where corporations buy politicians and ignore the desires of everyday people. An America where a lack of regulation leads to a boom-and-bust economy that allows the 1% to get even more wealthy while throwing millions of Americans out of work.

That I could be talking about today or the Gilded Age is telling. The end of the 19th century saw corporations at their height of influence and power, with plutocrats literally buying off legislatures to elect their men to the U.S. Senate and individuals like John D. Rockefeller and J.P. Morgan having more money than the entire federal government.

Americans fixed a lot of these problems in the 20th century. The mid-20th century was a period when more Americans had a larger share of the pie, with a growing middle-class, high rates of unionization, an expanding consumer economy leading to home ownership, working-class people going to college without much debt, and a better life for all, even if too often minorities were denied inclusion in this society. READ MORE

Posted by Obwon at 1:37 PM No comments: Links to this post

Email ThisBlogThis!Share to TwitterShare to FacebookShare to Pinterest
Labels: the income tax

edicaid has long conjured up images of inner-city clinics jammed with poor families. Its far less-visible role is as the only safety net for millions of middle-class people whose needs for long-term care, at home or in a nursing home, outlast their resources.

With baby boomers and their parents living longer than ever, few families can count on their own money to go the distance. So while Medicare has drawn more attention in the election campaign, seniors and their families may have even more at stake in the future of Medicaid changes - those proposed, and others already under way.
Though former President Bill Clinton overstated in his convention speech on Wednesday how much Medicaid spends on the elderly in nursing homes - they account for well under a third, not nearly two-thirds, of spending - Medicaid spends more than five times as much on each senior in long-term care as it does on each poor child, and even more per person on the disabled in long-term care.
Seniors like Rena Lull, 92, who spent the last of her life savings on $250-a-day nursing home care near Cooperstown, N.Y., last year, will face uncharted territory if Republicans carry out their plan to replace Medicaid with block grants that cut spending by a third over a decade.
Posted by Obwon at 1:25 PM No comments: Links to this post

By Marc Caputo, The Miami Herald

he biggest Florida speaker at the Democratic National Convention wasn't a Democrat.

Yet.
After former Republican Gov. Charlie Crist's speech Thursday night, it's only a matter of time before he officially joins the party's ranks in a slow march to running for governor in two years.
Crist's high-profile role disturbed many Florida delegates, but it furthered President Obama's campaign message - that the Republican Party is too extreme.
"As a former lifelong Republican, it pains me to tell you that today's Republicans - and their standard-bearers, Mitt Romney and Paul Ryan - just aren't up to the task," Crist said. "They're beholden to ‘my way or the highway' bullies, indebted to billionaires who bankroll ads and allergic to the very idea of compromise."
Crist's speech was as much a condemnation of today's Republican Party as it was an explanation of why he's officially moving toward the Democratic Party and away from the conservative positions he once espoused.  READ MORE
Posted by Obwon at 1:19 PM No comments: Links to this post

Cleaning Up the Economy


ill Clinton's speech at the Democratic National Convention was a remarkable combination of pretty serious wonkishness - has there ever been a convention speech with that much policy detail? - and memorable zingers. Perhaps the best of those zingers was his sarcastic summary of the Republican case for denying President Obama re-election: "We left him a total mess. He hasn't cleaned it up fast enough. So fire him and put us back in."

Great line. But is the mess really getting cleaned up?

The answer, I would argue, is yes. The next four years are likely to be much better than the last four years - unless misguided policies create another mess.
READ MORE


WAY TOO WONKY NO? TOO MANY FACTS AND CITATIONS SO HERE
LET'S LET ROMNEY SPEAK FOR HIMSELF:
(keep an eye on the faces in the audience)

Next on POV: ‘Where Soldiers Come From’

Watch Where Soldiers Come From - Trailer on PBS. See more from POV.

From a snowy, small town in northern Michigan to the mountains of Afghanistan, Where Soldiers Come From follows the four-year journey of childhood friends who join the National Guard after graduating from high school. As it chronicles the young men’s transformation from restless teenagers to soldiers looking for roadside bombs to 23-year-old combat veterans trying to start their lives again, the film offers an intimate look at the young Americans who fight our wars, the families and towns they come from — and the way one faraway conflict changes everything. Visit POV’s Where Soldiers Come From website for video and interactive features about the film. READ MORE
Posted by Obwon at 9:49 AM No comments: Links to this post

Posted by Obwon at 9:09 PM No comments: Links to this post

Email ThisBlogThis!Share to TwitterShare to FacebookShare to Pinterest
Labels: laughs

don't talk to the cops

Posted by Obwon at 8:18 PM No comments: Links to this post

Posted by Obwon at 8:44 AM No comments: Links to this post