How Weed Can Protect Us From Cancer and Alzheimer's 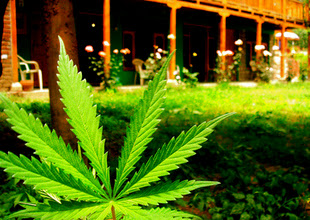 Hardly the harmful intoxicant that many once thought it was, cannabis is a nourishing plant that actually improves and prolongs life.
July 11, 2012


The following is an excerpt from MARIJUANA: GATEWAY TO HEALTH—How Cannabis Protects Us from Cancer and Alzheimer’s Disease.

For thousands of years cannabis has been used as a medicine for a remarkably broad range of ailments. Opponents of medical marijuana have claimed that nothing works on so many diverse illnesses and that the only relief offered was one of stupor from being stoned. But in 1988, the first cannabinoid receptor was discovered and since then researchers have learned that there are two types of cannabinoid receptors which are distributed throughout our bodies and that we make chemicals within our bodies—endocannabinoids—that are similar to the cannabinoids made by the cannabis plant. Both plant and human cannabinoids bind to and influence these receptors in order to discourage the rise and progression of numerous disease processes.

The discovery of the cannabinoid receptor system has changed our entire understanding of cannabis and its effects. In fact, from the inception of the anti-marijuana campaign of the 1930s and its subsequent prohibition until today, almost everything we believed about it was wrong. Hardly the harmful intoxicant that many once thought it was, cannabis is a nourishing plant that can improve and prolong life.   READ MORE
Posted by Obwon at 9:29 AM No comments:

Email ThisBlogThis!Share to TwitterShare to FacebookShare to Pinterest
Labels: Canabis 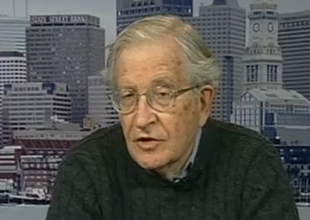 The Magna Carta -- the charter of every self-respecting man -- is being dismantled in front of our eyes.
July 10, 2012


Editor’s note: This column is adapted from an address by Noam Chomsky on June 19 at the University of St. Andrews in Fife, Scotland, as part of its 600th anniversary celebration.

Recent events trace a threatening trajectory, sufficiently so that it may be worthwhile to look ahead a few generations to the millennium anniversary of one of the great events in the establishment of civil and human rights: the issuance of Magna Carta, the charter of English liberties imposed on King John in 1215.

What we do right now, or fail to do, will determine what kind of world will greet that anniversary. It is not an attractive prospect – not least because the Great Charter is being shredded before our eyes.

The first scholarly edition of the Magna Carta was published in 1759 by the English jurist William Blackstone, whose work was a source for U.S. constitutional law. It was entitled “The Great Charter and the Charter of the Forest,” following earlier practice. Both charters are highly significant today.

READ MORE
Posted by Obwon at 9:23 AM No comments:

Is Religion a Rorschach Test?

Religious texts can be interpreted in an almost infinite variety of ways. What do different religious beliefs tell us about the believers?
July 16, 2012

Take, as the most familiar example to most Westerners, Christianity. Ask one Christian about what God is like, and she'll tell you of a strict, punitive authority figure: a creator and enforcer of rules, with clear ideas of right and wrong, a firm expectation that everybody should follow them -- and harsh, intractable punishment for those who don't toe the line.

Ask another Christian, and you get a different picture entirely: a loving parent, occasionally firm but mostly gentle and supportive, giving you lots of latitude to find your own path, who only wants you to be happy and to be your own best self.

Other Christians -- notably deists and theistic evolutionists -- see God as a sort of hands-off manager: initially founding the business of the Universe, intervening now and then to make sure things run smoothly, but mostly just sitting back and letting his creation run itself. And still others see God as an impersonal abstraction, an intellectual ideal, the encapsulation in metaphysical form of ideals such as love and morality.

Why do these images of God vary so much?  READ MORE
Posted by Obwon at 9:14 AM No comments:

Email ThisBlogThis!Share to TwitterShare to FacebookShare to Pinterest
Labels: religion

Wall Street's Biggest Heist Yet? How the High Wizards of Finance Gutted Our Schools and Cities 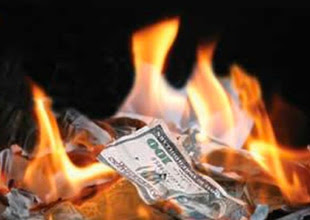 The complex machinations that pitted county treasurers against the deceptive wizards of Wall Street.
July 17, 2012


Wall Street banks have hollowed out our communities with fraudulently sold mortgages and illegal foreclosures and settled the crimes for pennies on the dollar.  They’ve set back property records to the early 1900s, skipping the recording of deeds in county registry offices and using their own front called MERS.  They lobbied to kill fixed pension plans and then shaved a decade of growth off our 401(K)s with exorbitant fees, rigged research and trading for the house.

When much of Wall Street collapsed in 2008 as a direct result of their corrupt business model, their pals in Washington used the public purse to resuscitate the same corrupt financial model – allowing even greater depositor concentration at JPMorgan and Bank of America through acquisitions of crippled firms.

And now, Wall Street may get away with the biggest heist of the public purse in the history of the world.  You know it’s an unprecedented crime when the conservative Economist magazine sums up the situation with a one word headline: “Banksters.”  READ MORE
Posted by Obwon at 9:06 AM No comments:

The $800 Trillion Scandal: How Banks' LIBOR Lies Affected You 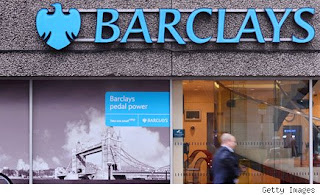 By Christopher Barker, The Motley Fool

Posted 10:06AM 07/09/12 Posted under: Banking, Crime
Banking scandals have grown so common that perhaps folks have simply run out of outrage. Or maybe the numbers are just too huge to wrap our mortal heads around.

Whatever it is that's behind the relatively light news coverage and lack of public debate on this incredible LIBOR rate-rigging scandal thus far, the story is not going away. In fact, it's bound to grow substantially in scope, as many of the world's largest banks have already been implicated in manipulating interest rates that are tied to some $800 trillion in loans and securities.

LIBOR -- the London Interbank Offered Rate -- is supposed to reflect the average interest rate at which banks are willing to loan funds to each other. Banks submit their daily estimates of borrowing costs for various loan durations in 10 different currencies, and after tossing out the top 25% and bottom 25% of those estimates, the LIBOR rates are calculated as an average of the remaining 50% of submissions. A separate benchmark called EURIBOR tracks borrowing costs among eurozone banks.

As revelations of widespread misconduct by multiple rate-reporting banks begin to emerge, worldwide confidence in these self-reported rates has been seriously eroded, and the banking establishment as a whole has taken another major leap downward into an abyss of well-deserved public distrust.

Barclays is Just the Tip of the Iceberg  READ MORE
Posted by Obwon at 8:16 AM No comments:

This global financial fraud and its gatekeepers

Last fall, I argued that the violent reaction to Occupy and other protests around the world had to do with the 1%ers' fear of the rank and file exposing massive fraud if they ever managed get their hands on the books. At that time, I had no evidence of this motivation beyond the fact that financial system reform and increased transparency were at the top of many protesters' list of demands.
But this week presents a sick-making trove of new data that abundantly fills in this hypothesis and confirms this picture. The notion that the entire global financial system is riddled with systemic fraud – and that key players in the gatekeeper roles, both in finance and in government, including regulatory bodies, know it and choose to quietly sustain this reality – is one that would have only recently seemed like the frenzied hypothesis of tinhat-wearers, but this week's headlines make such a conclusion, sadly, inevitable.

The New York Times business section on 12 July shows multiple exposes of systemic fraud throughout banks: banks colluding with other banks in manipulation of interest rates, regulators aware of systemic fraud, and key government officials (at least one banker who became the most key government official) aware of it and colluding as well. Fraud in banks has been understood conventionally and, I would say, messaged as a glitch. As in London Mayor Boris Johnson's full-throated defense of Barclay's leadership last week, bank fraud is portrayed as a case, when it surfaces, of a few "bad apples" gone astray.   READ MORE

tchoupi.caillou from the Bcc:List.com
Has done quite a bit of technical work on the case.   He provides chart and videos that help one understand and probe more deeply into the matters of that fatefully tragic night.
READ MORE 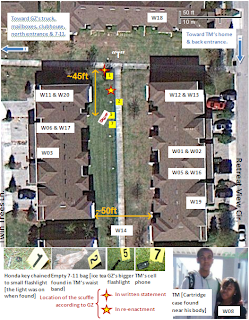 By Tony Richardson11/27/2010
Chinese Premier Wen Jiabao and Russian President Vladamir Putin announced in St. Petersburg, Russia, on November 23, 2010, that they will stop using the U.S. dollar to settle bilateral trade and instead use the ruble or the yuan, according to a report in the state-run China Daily. Bilateral trade between the two countries stands at roughly $60 billion. Put in perspective, assuming two-thirds of international trade is transacted in U.S dollars, this accounts for 0.3% of dollar usage in a global economy valued at roughly $30 trillion. This agreement, then, is not particularly meaningful in terms of U.S.-dollar utilization, but when we consider the exponential implications, the effects are huge.

Consider the fact that China not only has this trade-settlement arrangement with Russia, but also has a growing list of settlement partners that so far includes Argentina, Brazil, Belarus, Iceland, Indonesia, Japan, Laos, Malaysia, Myanmar, Philippines, Singapore, South Korea, Thailand and Vietnam. And then, if each of these countries develops bilateral trade-settlement partnerships in their own currencies absent the dollar, how would this affect our currency, Fed policy and the U.S. economy?

To understand how this might play out, we need to take an imaginary trip to a border region of China and Russia:   READ MORE

“The first truth is that the liberty of a democracy is not safe if the people tolerate the growth of private power to a point where it becomes stronger than their democratic state itself. That, in its essence, is fascism — ownership of government by an individual, by a group, or by any other controlling private power.

If one uses   Benito Mussolini  Fascism, you have something coming close to the Chinese:

The Fascist conception of the State is all-embracing; outside of it no human or spiritual values can exist, much less have value. Thus understood, Fascism is totalitarian, and the Fascist State—a synthesis and a unit inclusive of all values—interprets, develops, and potentiates the whole life of a people.
--- 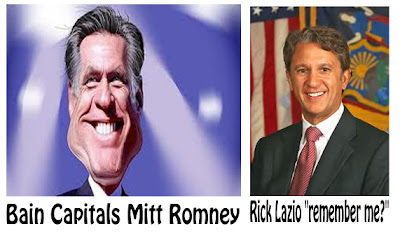 Mitt Romney conducted numerous TV and other media interviews yesterday in order to minimize the damage his campaign has received regarding discrepancies surrounding his tenure at Bain.

During times of crisis it is often a smart strategy to give virtually unlimited access to the media in order to push out your message aggressively and satisfy reporter curiosity so that the issue can be pushed of the front burner. John McCain famously did this well earlier in his career when dealing with his own Keating five controversies. Unfortunately for the Romney Campaign, The slew of TV interviews did little to satisfy the media. In times of crisis, a strong candidate will come up with answers that satisfy the basic questions surround the controversy and will make people want to move on to another subject. Romney, however, could not seem to come up with basic messages that resolved the controversies.    READ MORE
Posted by Obwon at 11:20 AM No comments: