Mike McConnell, the WashPost & the dangers of sleazy corporatism 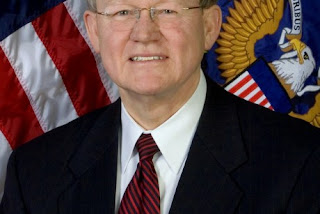 In a political culture drowning in hidden conflicts of interests, exploitation of political office for profit, and a rapidly eroding wall separating the public and private spheres, Michael McConnell stands out as the perfect embodiment of all those afflictions.  Few people have blurred the line between public office and private profit more egregiously and shamelessly than he.  McConnell’s behavior is the classic never-ending “revolving door” syndrome:  public officials serve private interests while in office and are then lavishly rewarded by those same interests once they leave.  He went from being head of the National Security Agency under Bush 41 and Clinton directly to Booz Allen, one of the nation’s largest private intelligence contractors, then became Bush’s Director of National Intelligence (DNI), then went back to Booz Allen, where he is now Executive Vice President.
READ MORE