How Wall Street Hustles America's Cities and States Out of Billions 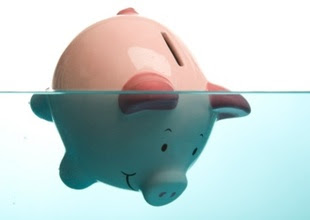 Many powerful interests have jumped at the opportunity to use the crisis to eviscerate what’s left of the welfare state.
June 12, 2012


We all know that America’s cities and towns are in the throes of a deep financial crisis. And are told, over and over, what’s supposedly behind it: unreasonable demands by grasping state and municipal workers for pay and pensions. The diagnosis is a grotesque cartoon. Many of the biggest budget busters are on Wall Street, not Main Street.

In a country as big and locally diverse as the U.S., any number of wacky pay and pension schemes are likely to flourish, though some of the most outrageous turn out to cover not workers, but legislators.  But overall state and local pay has not been growing faster than in the private sector for equivalent work for many years now.

What has driven cities and towns to the brink is not demands from their workforce but the collapse of national income and the ensuing fall in tax collections. Or, in other words, the Great Recession itself, for which Wall Street and the financial sector are principally to blame. But many powerful interests have jumped at the opportunity to use the crisis to eviscerate what’s left of the welfare state, roll back unionization to pre-New Deal levels, and keep cutting taxes on the wealthy. The litany of horror stories that now fills the media is ideal for their purposes.  READ MORE
Posted by Obwon at 9:31 AM