"The Whole System Relies on These Arrests": The NYPD's Racist Marijuana Arrest Crusade And Its National Implications 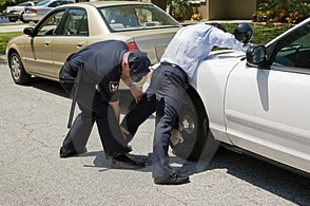 New York’s marijuana arrests, says a growing chorus of critics, are a prime example of how the nation’s drug laws disproportionately impact black and Latino communities.
May 15, 2012

Every morning, several sheets of paper are posted to the walls outside the arraignment rooms of New York City’s Borough Courts. They list the names of the accused scheduled to appear before the judge and the legal codes of their offenses. On most days and across the city’s five boroughs, these lists include multiple names next to the numbers 221.10. This is the legal code for the misdemeanor charge of possessing small amounts of marijuana “open to public view,” meaning the public display or public smoking of pot. In 2010, more than 50,000 New Yorkers were arrested for violating 221.10. The number represented 15 percent of all arrests made by the NYPD and allowed the city to keep its crown of Marijuana Arrest Capital of the World.

Not that there is a credible challenger for the dubious honor. The high number of 221.10 arrests puts New York in a league of its own and has become a lightning rod in the national debate over race and the war on drugs. New York’s marijuana arrests, says a growing chorus of critics, are a prime example of how the nation’s drug laws disproportionately impact black and Latino communities.

This is decreasingly a matter of accusation and anecdote. Hard data are emerging that confirm what marijuana reform advocates and public defenders have long maintained: That the NYPD’s stop-and-frisk policy in high-crime neighborhoods — sold to the public as a way to find illegal guns and reduce violent crime — has instead resulted in racially uneven drug law enforcement practices that seem to violate the spirit and the letter of New York law as well as the United States Constitution.
READ MORE
Posted by Obwon at 9:31 AM