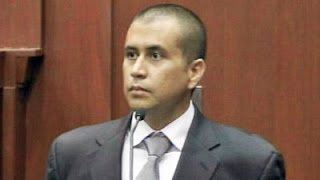 The Seminole County judge overseeing George Zimmerman’s murder trial has ordered some of the state's evidence against the accused killer of 17-year-old Trayvon Martin to be made public.
That means the public could soon learn more about what kind of case prosecutors have against Zimmerman.

Judge Kenneth Lester ordered the court file unsealed and that order was made public on Monday.
WFTV's legal analyst Bill Sheaffer said the file could include information like the probable cause affidavit and investigative reports.

However, the names and addresses of all of the state's witnesses won’t be released because Lester has ordered that to be taken out.

Sheaffer said that could be because it's such a high profile and sensitive case.  READ MORE
Posted by Obwon at 10:56 AM