The Best and the Greediest? Ivy League Students Are Still Heading to Wall Street 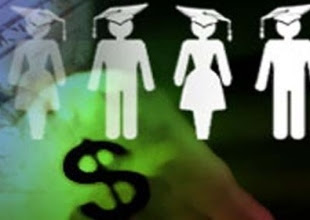 The first post-Occupy Ivy League classes are graduating. Will they be any less likely than their predecessors to flock into finance?
May 27, 2012


The Ivy League classes of 2012 arrived on campuses in fall of 2008, just as the world economy was plunging into a Wall Street-driven freefall. Many were glad they weren’t out facing a nasty job market. But they worried about the future. They networked earlier. They fretted over internships.

Their senior year started with the launch of the Occupy movement, which raised a collective fist at the financiers whose casino games wrecked the economy. A few students from elite colleges even joined the protest. Back in November, some Harvard students interrupted a Goldman Sachs recruiting event hosted by the Office of Career Services.

But now the show is over, and it’s time to don the caps and gowns. Will students be any less likely to flock to Wall Street this year?   READ MORE
Posted by Obwon at 9:50 AM