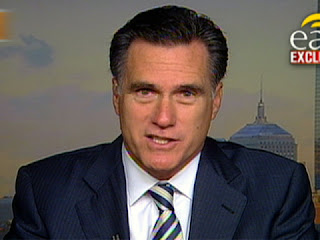 Back in 2008, I used to argue that Sarah Palin didn’t really exist — that she was actually an incredibly elaborate Tina Fey performance art project, an Andy-Kaufman style hoax. Because, seriously — Palin was so staggeringly vapid that it stretched credibility that she could be for real. It almost seemed more likely that she might be an over-the-top parody of a certain kind of blissfully idiotic, all-American wingnut, than that she was an actual person.


I often have similar thoughts about Mitt Romney. A surpassingly perfect villain for our times, he appears to come straight from central casting as the slick, shifty-eyed C.E.O. who’s fixing to downsize your ass — and implement his evil scheme for world domination while he’s at it. The G.O.P could not have run a more astonishing incarnation of the self-parodying cluelessness of the 1 percenters if they tried. For all practical purposes, it’s as if the the top-hat-and-tails-wearing Monopoly guy was their candidate.  READ MORE
Posted by Obwon at 6:08 PM