Neighbors Spying on You? New Program Spreading Across the US Takes Neighborhood Watch to Scary New Level 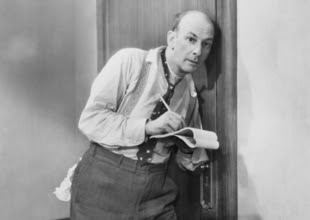 Suspicious Activity Reporting asks citizens to keep an eye out on their neighbors -- but the results could be terrible.
March 31, 2012


Crime in Los Angeles is a gritty enterprise, and donning an LAPD badge has historically involved getting your hands dirty. Long before the New York Police Department was spying on Muslim students, the LAPD was running a large-scale domestic spy operation in the 1970s and ’80s, snooping on and infiltrating more than 200 political, labor and civic organizations including the office of then Mayor Tom Bradley. Today, the LAPD isn’t quite so aggressive, but it still employs a directive titled Special Order 1, which permits police officers to deem what is “suspicious” and then act on it.

SO 1 enables LAPD officers to file Suspicious Activity Reports on observed behaviors or activities. Where things get murky, however, is how SAR guidelines categorize constitutionally protected, non-criminal and commonplace activities such as using binoculars, snapping photographs and taking notes as indicators of terrorism-related activity. The SARs are coupled with the LAPD’s iWatch program, a campaign the police pioneered to encourage regular citizens to report “suspicious” activity, including “a person wearing clothes that are too big or too hot for the weather,” or things that just plain old don’t “look right.”

Far from being merely a local phenomenon, the standardized program that the LAPD developed in 2008 served as the lead model for a National Suspicious Activity Reporting Initiative. “Success” stories from the LAPD’s program are used in national training material, and the LAPD touts it as “the first program in the U.S. to create a national standard” for terrorism-related procedures.
Posted by Obwon at 12:48 PM