My 14 Year Old Son Has Brain Cancer -- Without Obamacare, We May Have Been Dropped By Our Insurance Company 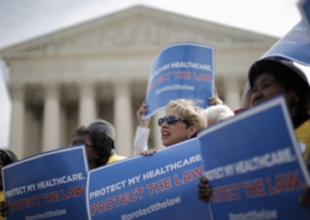 My then 13-year-old son would have reached his lifetime limit of health insurance had such limits not been eliminated by Obamacare on April 1, 2011.

This originally appeared on Janine Urbaniak's Open Salon blog. It was written in a response to a call for essays about people's personal experiences with the Affordable Care Act. Have an Obamacare story of your own? Blog about it on Open Salon.

Mason is my 14-year-old son, who is adorable and funny, and happens to have a very stubborn and large brain tumor. We discovered the tumor four years ago, and we have been monitoring and treating it with the help of some of the finest doctors around. Mason has lived a somewhat “normal” life, despite frequent MRIs and even chemotherapy. He did his homework and hung out with friends until the fall of 2010 when his headaches became debilitating. Scans revealed that Mason’s tumor had grown for the first time since we had discovered it. Then days before we were scheduled to meet with the neurosurgeon to discuss a surgery we had tried to avoid, Mason had a massive cerebral hemorrhage.   READ MORE
Posted by Obwon at 9:49 PM